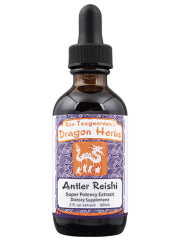 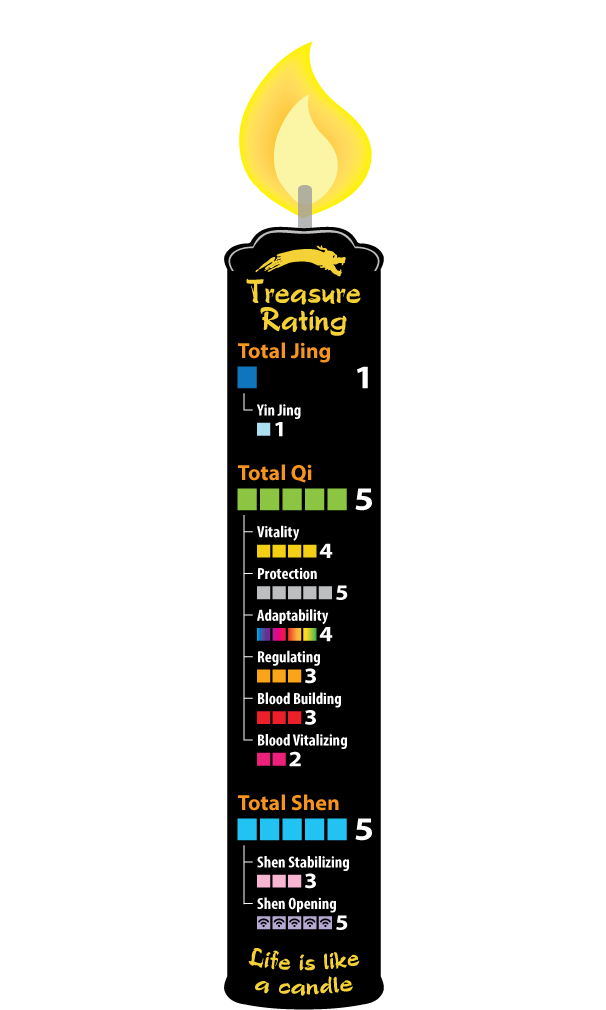 Antler shaped Reishi is the extremely rare variety of the profound health promoting adaptogenic herb, Reishi mushroom, and is considered the most immunologically potent of all the reishis. This specialized Reishi is cultivated on Changbai Mountain under environmentally challenging conditions of limited light and harsh weather, thus creating the unique antler-like shape of the fruiting body. Surviving these growth trials optimizes the adaptability function of this mushroom and provides the greatest broad-spectrum immune system support and balance possible. 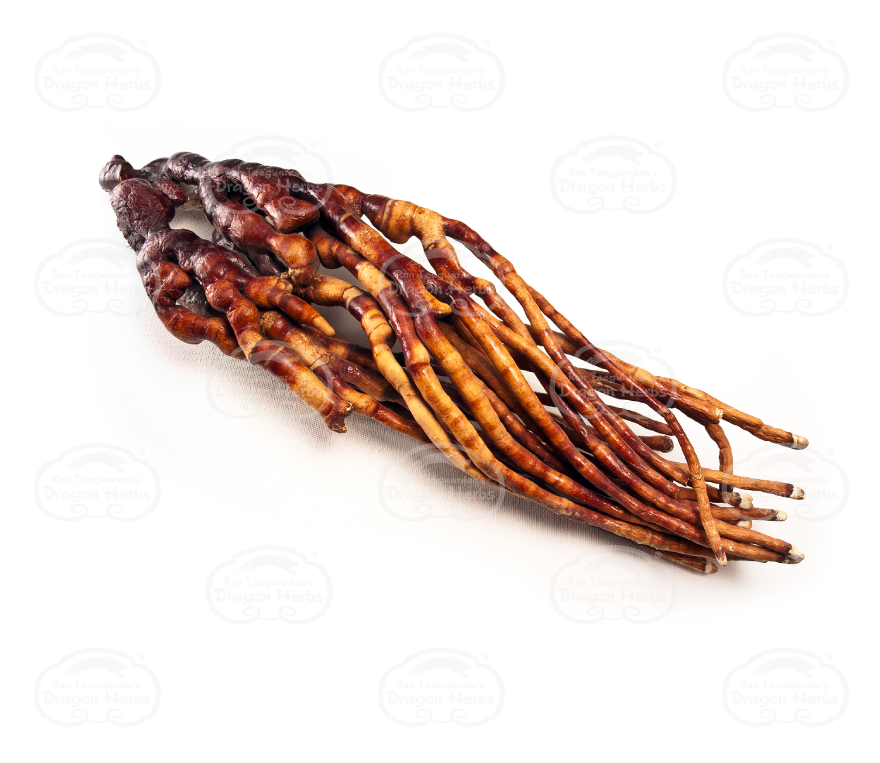 Traditional Function
Promotes body's defensive energy. Enters the Heart, Liver, and Lung meridians. Bitter flavor, Neutral in temperature.
Who can use it?
Adults
Concentration
8:1
Specifications
2 fl. oz. (60 ml)
Other Ingredients
Water, Grain Alcohol (30% by volume)
Dosage
3-12 droppers per day as desired or as directed by your health care practitioner

Antler-Shaped Reishi (Rokkaku-Reishi) is a rare variety of Reishi mushroom - Ganoderma lucidum - or Lingzhi (Chinese). It possesses unique properties that make it a superb choice as a tonic herb for many people.

Used in China for over 2000 years, Reishi, the “mushroom of immortality,” is considered the ‘herb of spiritual potency.’ by Taoist sages. Legends surrounding Reishi abound, incorporated into accounts of the never-ending search for longevity. Discovering Reishi brought favor and reward from the emperor and court, and good fortune for the herb seeker.

Antler-Shaped Reishi is one of the rarest of all the forms of red Ganoderma lucidum found in the wild. It has traditionally been considered a valuable adaptation of this treasured herb of health. Recent research confirms that it is in many ways the premium variety of Reishi mushroom. This form is now cultivated and more readily available.

Antler-Shaped Reishi looks like a bright red lacquered deer antler, and is highly prized in the Orient as a strong energy booster, Qi tonic and protective agent for the body. In particular, it supports the immune system. The antler form of reishi is often represented in paintings of the Eight Immortal Beings residing in the reishi-shaped clouds of heaven. It is unusual and other-worldly in appearance, with glossy, finger-like extended fruiting bodies with miniature conch-shaped caplets forming at the very tips.

The elegantly branched antler shape forms in conditions of moderate light, high humidity, high CO2 levels and minimal airflow. If there is high CO2, due to a oxygen and limited light exposure, the fruiting bodies will ‘reach’ for more air and thus form branchy antler-looking growth.

Through its nourishing, protective and cleansing benefits for the Liver, Lungs, Heart and Kidneys, Antler-Shaped Reishi helps maintain homeostasis throughout the body.

The active constituents in Reishi include:

It is a very potent 8:1 hydro-ethanolic extract. That means that it takes 8 pounds of these wild mushrooms to make just one gallon of finished extract.

*These statements have not been evaluated by the FDA. This product is not intended to
diagnose, treat, cure or prevent any disease.