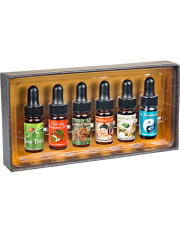 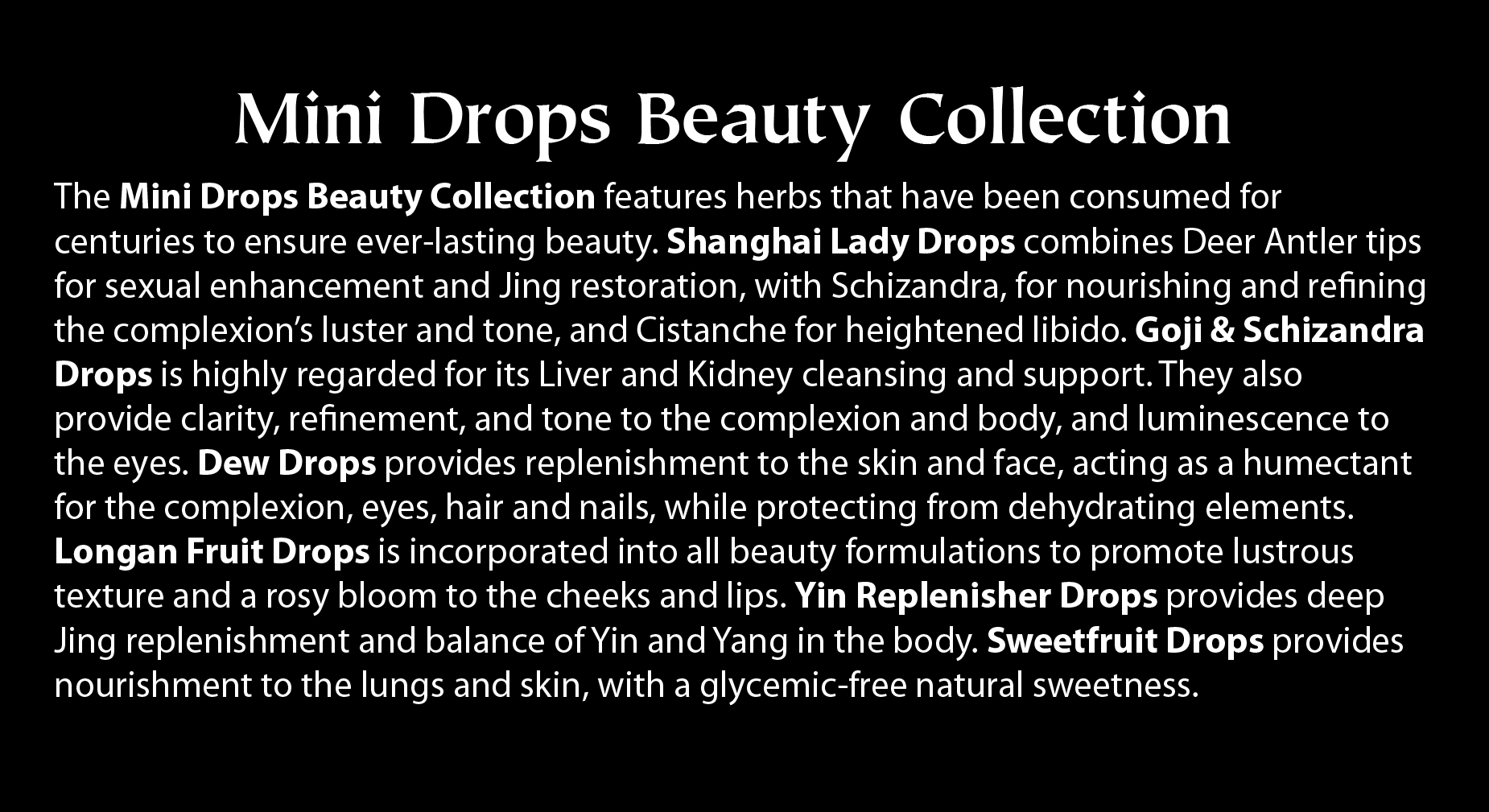 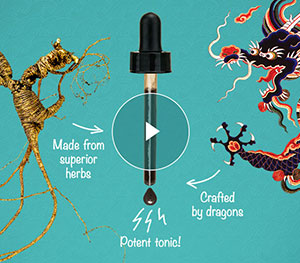 To chat online,
click the Let's Chat button
on the bottom right
of this page.

The Mini Drops Beauty Collection features herbs that have been consumed for centuries to ensure ever-lasting beauty.

Shanghai Lady Drops combines Deer Antler tips for sexual enhancement and Jing restoration, with Schizandra, for nourishing and refining the complexion’s luster and tone, and Cistanche for heightened libido. Goji & Schizandra Drops is highly regarded for its Liver and Kidney cleansing and support. They also provide clarity, refinement, and tone to the complexion and body, and luminescence to the eyes. Dew Drops provides replenishment to the skin and face, acting as a humectant for the complexion, eyes, hair and nails, while protecting from dehydrating elements. Longan Fruit Drops is incorporated into all beauty formulations to promote lustrous texture and a rosy bloom to the cheeks and lips. Yin Replenisher Drops provides deep Jing replenishment and balance of Yin and Yang in the body. Sweetfruit Drops provides nourishment to the lungs and skin, with a glycemic-free natural sweetness.

Specifications
6 mini drops; 0.25 fl oz (7ml) each
Dosage
2-12 droppers per day as desired or as directed by your helath care practitioner 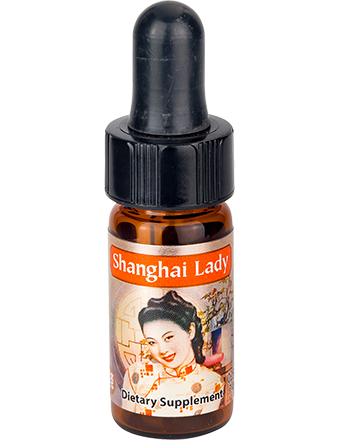 “Shanghai Lady” is the term used for the beautiful, sexy, classy women depicted in early 20th century posters that were prominent in sophisticated Shanghai culture. This special no–holds–barred limited production formulation is made to enhance the “Shanghai Lady” in every women. The elixir is made with a wonderful, supremely potent extract of Schizandra, the herb of imperial women, plus Deer Antler Tips and Cistanche. The Northern Schizandra is organically grown, the Deer Antler Tips are from semi–wild Changbai Mountain spotted deer, and the Cistanche is sustainably wild collected in Mongolia, near Heaven Mountain. The Schizandra was extracted while still fresh and juicy and has a wonder tart flavor. Schizandra is known as Five Flavor Herb because of its robust, highly sophisticated flavor. No doubt, this extract is quite strong tasting, so simply add it to tea. Add it to tea or a smoothie, or take it straight. Men can take it too! 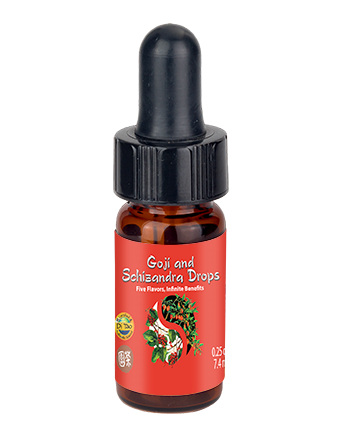 This is a classical combination of two of the most powerful, important and safe tonic herbs in the world. Goji and Schizandra Drops is the extraction of the very finest, freshly harvested wild Schizandra from Changbai Mountain in Manchuria, blended with an equal amount of premium Goji fruit from Heaven Mountain in Central Asia, the premier source of Goji in the world. This superb super-concentrated tincture will surprise and please you with its multi-textured flavor and wide range of benefits. This is a product that should be on everyone’s home herb shelf or home elixir bar. It may be used alone or combined with virtually any other tincture, or as an adjunct in juice blends and smoothies. This formulation is suitable for men and women, young or old. 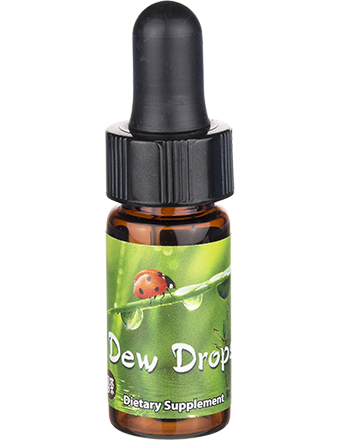 Dew Drops is a Yin tonic. Yin is essential to life. Dew Drops helps the body to maintain softness and fluidity. It is especially good for people who feel dry due to aging or weather conditions, such as experienced often in California and other dry regions. Dew Drops supports normal moisture and fluid secretion, regulation of the skin, eyes, lungs, digestive tract and internal sexual tissues. It supports the natural production of saliva and digestive fluids. Dew Drops can be very useful for older individuals to support fluid balance in the tissues and a youthful appearance as one grows older. 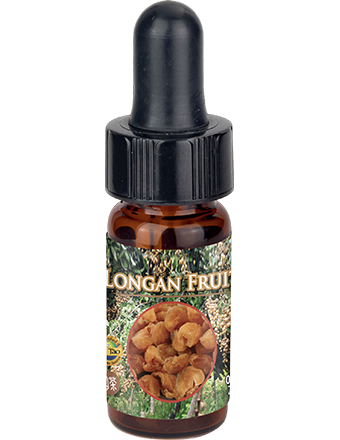 Longan is a wonderfully delicious fruit, extremely popular in Asia as a snack and as an ingredient in tonic teas, beverages and deserts. A great Blood and Qi tonic for building up everyday energy. It promotes tranquility, steadies the nerves and enhances memory. It directly promotes heart health by nourishing the heart tissues. A famous beauty herb that adds luster and beauty to the skin. Equally beneficial to men and women. A fantastic sex tonic for women. MUST for women wanting to be both beautiful and sensual! 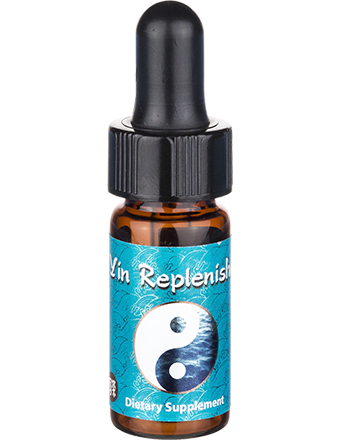 This very useful tincture is a tonic formulation designed to restore Yin that has been lost from the body. Yin is lost due to stress, overwork, dehydration, poor eating, too much sex, drug and alcohol abuse, and lack of adequate sleep and rest. Dendrobium, the primary herb of this formulation, is a very important and wonderful tonic herb. Dendrobium stems and pods replenish Yin Jing and generate fluids. It is commonly used in Chinese herbalism as a Yin tonic, which moistens the Stomach and Lungs. It may be used by healthy individuals to maintain healthy fluid balance in the body. The greatest value of Dendrobium lies in its restorative actions. Taoist sages, who were the masters of longevity, have routinely used Dendrobium as a daily tonic for many centuries. Dendrobium (which is the stem, leaf and flower pod of a Dendrobium orchid that is now cultivated for use as a tonic herb) is especially useful for quickly and effectively replenishing spent adaptive energy. Dendrobium has been traditionally used to replace spent Yin Jing of the Kidney. The Kidney is considered to be the whole body’s reservoir of Yin Jing, so replenishing the Yin of the Kidney replenishes the whole body. In replenishing and increasing Jing, Dendrobium increases the generative force. Dendrobium is especially famous for relieving fatigue that may result from sexual activity. For those who maintain a balanced sex life, Dendrobium is said to support superb sexual vigor. Dendrobium, being a Kidney Yin tonic, may increase the sexual fluids in men and women. It nourishes the saliva, which the Taoists call the “Precious Fluid.” It is a superb herb for athletes for the purpose of maintaining fluids during exercise or sports. Ron Teeguarden’s Taoist Master Sung Jin Park, was a great proponent of Dendrobium for anyone who lives an active life and who desires to remain youthful and beautiful. A great benefit of Dendrobium lies in its beauty-promoting quality. Dendrobium helps keep the skin moist, and constant use helps generate beautiful skin. 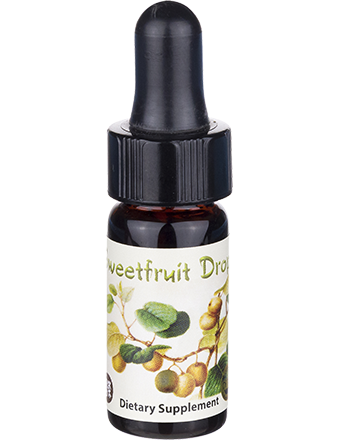 Sweetfruit Drops™ is the standardized extracted tincture of the Chinese herbal fruit Luo Han Guo (Siraitia grosvenorii). The functional saponin from Guilin Sweetfruit extract (mogroside) supports normal immune functions. In addition, it is one of the great treats of nature. Sweetfruit Drops is a naturally super-sweet product that has very little effect on blood sugar level. It is approximately 300 times sweeter than refined sugar and yet has just 5 percent of the calories of sugar. It can be used to flavor all kinds of drinks and food. Guilin Sweetfruit is safe and has no known side effects. It may be used by children and adults. Sweetfruit Drops belongs in every home elixir bar.