The brain and the mind are not quite the same thing. But they are of course interdependent. Nurturing and protecting your brain is an avenue you should pursue with one product or a set of products. Nurturing your mind is another avenue that has been of great interest to humans since prehistoric times, and even more so in our current time when so many interesting options are becoming available. Pursue both avenues and build yourself a brain and mind program, hopefully one that goes along with a performance enhancing Three Treasures longevity program. 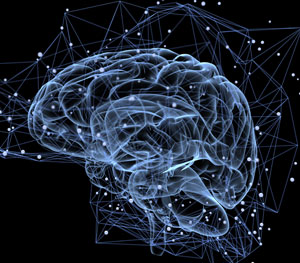 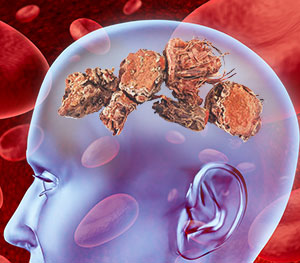 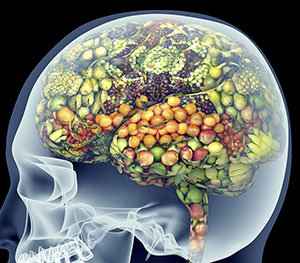 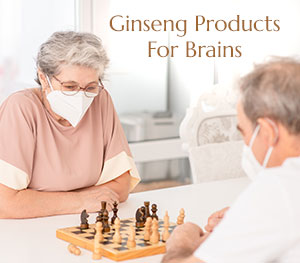 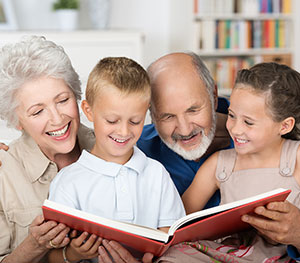 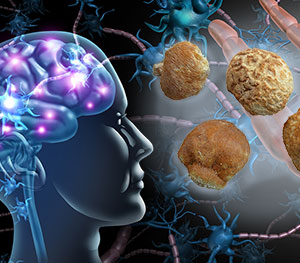 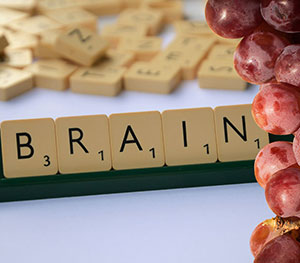 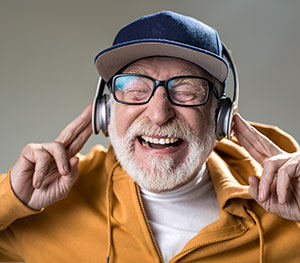 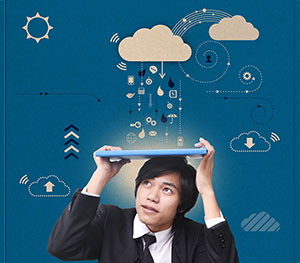 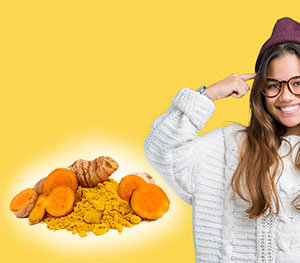 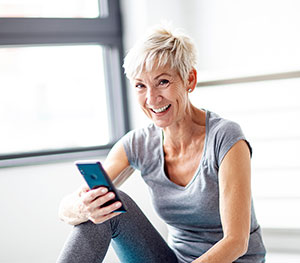 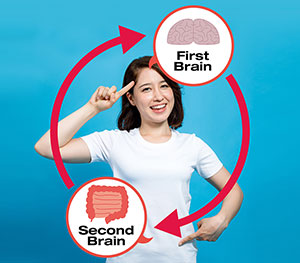 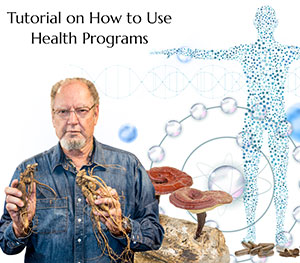 Though the brain has a tight protection from toxins, its seems to like many of the natural herbal molecules found in herbs and superfoods. Many are capable of passing through the brain-blood barrier, a microscopic, branched capillary network that forms a barrier to the brain. These capillaries are tightly packed together to form this barrier. Oxygen is filtered through by a very quick process known as passive diffusion. Most nutrients require a transport system, including glucose, the brains primary food. We will discuss your brain in this section. Mind support is discussed in its own section. Here are some of the great natural products for your mind.

Himalayan Rhodiola has been used for centuries as a nootropic to improve cognition and to support brain function. Himalayan Rhodiola supports blood flow and oxygen supply of the brain. Himalayan Rhodiola (Rhodiola sacra) can benefit learning and memory processes by modulating PEP, a brain enzyme. Dragon Herbs features several great Rhodiola-based formulations. We use this precise species of wild Rhodiola, Rhodiola sacra, collected from above the snowline of Tibet (three miles up). This is the best and most potent Rhodiola in the world.

Diamond Mind contains herbs that have been used for centuries in Asia to nurture the brain, including Himalayan Rhodiola sacra, Gingko biloba (standardized in this product), and Polygonatum sibericum, known as “the brain’s own food” in Asia. Diamond Mind increases brain blood flow and oxygenation. The adaptogenic nature of these herbs is brain-supportive.

It is believed that restoring oxidative balance may be one of the underlying mechanisms by which medicinal herbs can protect against ageing and cognitive decline.The herbs in Diamond Mind have high antioxidant capacity, can penetrate the blood-brain barrier to reach the brain, and  protect the brain from free radicals.

Tonic Alchemy for the Brain

Tonic Alchemy is a superfood matrix with super-high nutrient density. It contains 91 superfood ingredients and features a range of major tonic herbs. Ashwaganda root extract is a major component of Tonic Alchemy. Ashwaganda supports the integrity of neuronal networks. Japanese researchers have discovered that withanosides and other components of oral consumed Ashwaganda extract induce neural growth, and support the integrity of axons, dendrites and synapses in mammals. Ashwaganda is called “Indian Ginseng,” and is recognized as one of the great adaptogenic tonic herbs of the world. Many other herbs and superfoods in Tonic Alchemy, including Ginseng, Ashitaba, and Rhodiola also support brain health.

Ginseng Products for the Brain

Ginseng and its main active components, ginsenosides, have a wide range of beneficial actions in the central nervous system, including the brain itself. Dragon Herbs offers a wide range of world class Ginseng products to choose from. Human studies in Japan have shown that Ginseng benefits cognition, neurological and psychomotor function in healthy subjects. Ginseng improves the functioning of the hippocampus and as a result supports cognition performance. Ginseng in general, and ginsenoside Rg1 (a major constituent of Ginseng root extract) are recognized nootropics(brain enhancing agents). Rg1 improves the proliferating ability of neuronal progenitors. Ginsenosides Rb1 and Rg3 protect neurons from various kinds of neurotoxicity. Ginseng acts as an antioxidant in the brain protecting against free radicals. Ginsenosides enhance neurite growth of dopaminergic neurons. Ginseng has been shown in animals to increase dopamine (“the pleasure molecule”) uptake in the brain. Ginsenosides protect dopaminergic neurons and protect against the oxidative stress induced by auto-oxidation of dopamine. Ginseng elevates production of the “love neurotransmitter” NGF (Nerve Growth Factor) in the brain and induces NGF related neurites to grow. Ginseng appears to protect the innate brain immune cells known as microglia. Some ginsenosides can modulate neurotransmission in the brain. Both Rb1 and Rg1, the most abundant ginsenosides in Ginseng root, can modulate acetylcholine release and re-uptake. These compounds may benefit memory.

Ashitaba Products for the Brain

This freshly harvested, premium grade Ashitaba has been powdered for easy use in smoothies and blender drinks. Ashitaba, a superfood from Okinawa, has high activity in the enhancement of Nerve Growth Factor (NGF) production in the brain. Nerve Growth Factor is a vital biological substance that is essential in the development and survival of certain neurons in both the central and peripheral nervous systems of humans and other mammals. Active constituents of Ashitaba have been shown to be capable of passing through the blood-brain barrier. Ashitaba contains chalcones, a xanthohumol compound, that is likely the active constituents in nerve growth factor support.

Lion's Mane Products for the Brain

Dragon Herbs Lion’s Main Drops is a potent extract of the highest quality Lion’s Mane mushroom fruiting bodies (not mycelium), the part used in Asian herbalism for over a thousand years. Lion’s Mane mycelium is not a traditional Chinese herb – only the fruiting bodies were used by monks. Lion’s Main Drops is a delicious nutraceutical grade tincture. Lion’s Mane mushroom supports brain health in several ways. It promotes remyelination and promotes the production of nerve growth factor (NGF). Buddhist monks, including Shaolin Buddhist monks who engage in vigorous kung fu (gongfu), have long used Lion’s Mane to strengthen the mind and protect the brain.

Resveratrol Products for the Brain

Trans-Resveratrol can increase the activities of antioxidant enzymes in the brain with a reduction in lipid peroxidation. The activities of superoxide dismutase (SOD), glutathione peroxidase (GSH-Px) are increased.

Gynostemma Leaf Products for the Brain

Gynostemma is well known in Asia for its youth preserving, mind protective functions. It is a powerful antioxidant and a world elite adaptogen, arguably superior to Eleuthero (Siberian Ginseng) and Goji. Dragon Herbs has been offering Gynostemma since before its inception, and even before all other current brands were offering it. The secret of our success with Gynostemma is the sourcing. We operate our own Gynostemma plantation deep inside Great Immortal Peak in southern China’s Wuyi Mountain range. It is extremely pristine, with no pollution, no human traffic, and is only fertilized by wild animals and mountain spring water that flows into the fields. Gynostemma contains over 100 gypenosides, phytochemicals similar to the ginsenosides in Ginseng.

He Shou Wu Products for the Brain

This is one of the primary Jing tonic herbs in Asian tonic herbalism. In Asian herbalism, He Shou Wu (Polygonum multiflorum) is considered to be one of the ultimate healthy aging herbs. As such it has been studied for its affect on the brain. Recent research has shown that Polygonum multiflorum extract may have neuroprotective effects through both alleviation of ERK and p38 activation under oxidative stress and is thus capable of protecting the brain from free radicals.

Curcumin Products for the Brain

Turmeric is one of the most popular herbs in the world because it is a very powerful antioxidant. It is also the main ingredient in curry. Curcumin is the dominant yellow pigment and active tonic constituent of turmeric. It has been established that brain health is benefitted from Curcumin.

Nutraceutical Products for the Brain

All of the following products cross the blood-brain barrier and support the health of the brain. They all possess antioxidant activity in the brain.

Probiotic Products for the Brain

Gut microbes in a healthy gut microbiome produce neurotransmitters like serotonin which are sent to the brain via the blood, so nurturing the gut is essential to a healthy brain. The following Dragon Herbs products feature robust colonies of gut microbes. Do not underestimate the value of your gut microbiome on the health of your brain.