The Taoist Art of Glowing Health

The Taoist Art of Glowing Health is an Oriental method of achieving glowing health, prolonging life and attaining spiritual awareness through the use of unique yogic techniques, inner exercises, meditation, herbs and by living in accord with nature and the cosmos. 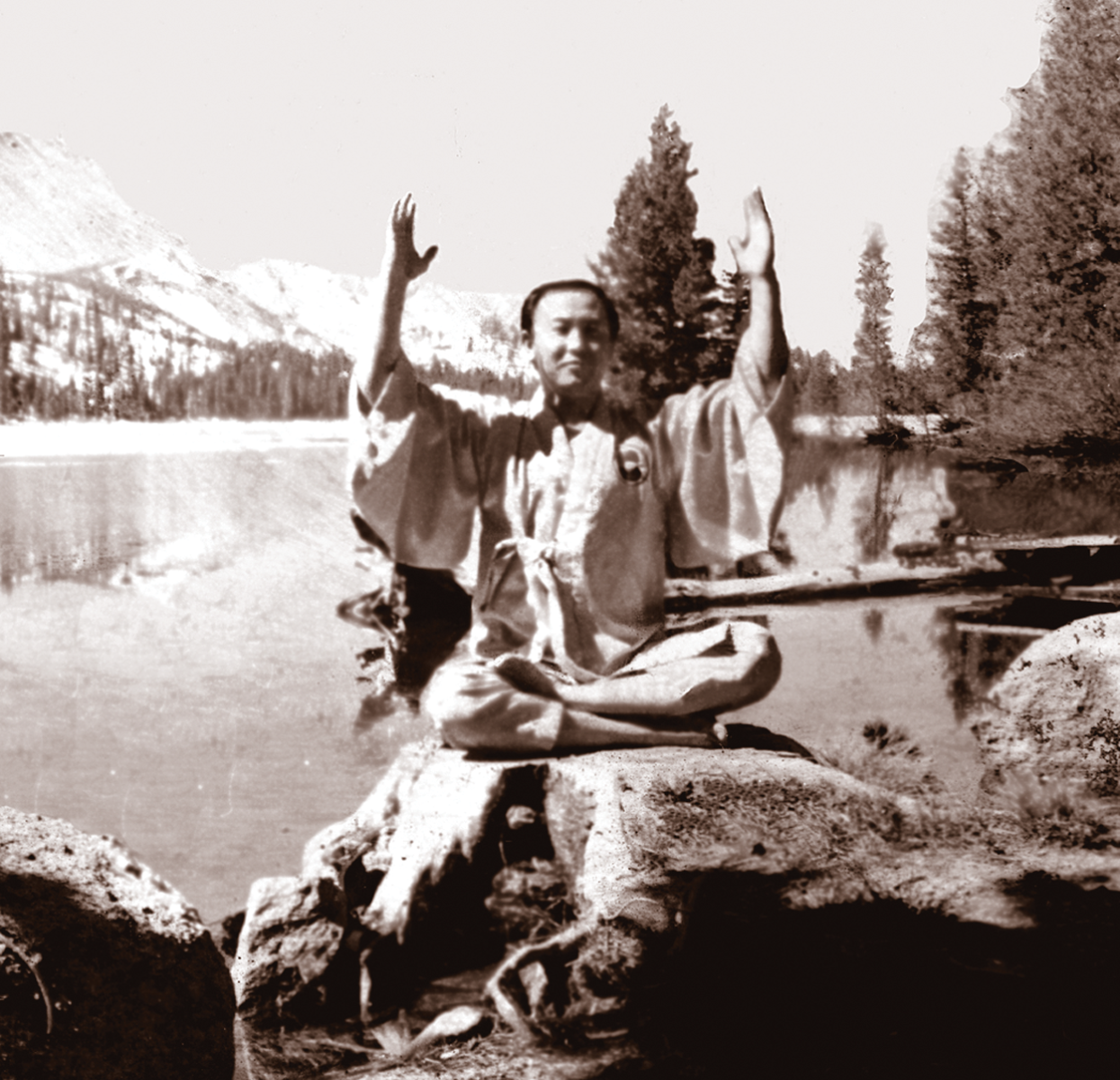 Yet, the benefits are not reserved for recluses. People who live their lives among society can vastly benefit from practicing this Art. In fact, most of the same results can be achieved by city-and-town-dwellers as by mountain-dwellers., though the task is in some ways more difficult in the city. Nevertheless, health, indeed glowing health, can be achieved through the practices of the Taoist Art of Glowing Health. With constant practice, amazing results will quickly and surely come.

The basic idea of the Art is simple and easy to grasp. We must learn how to accumulate, store and circulate within the body vast amounts of Life Energy, known in the Orient as Ki (or Qi or Chi). This in turn leads to abundant physical, mental, generative (sexual and reproductive), and spiritual energy, which will result in a long, happy life.

The Art is quite safe, with no side effects other than the beneficial ones such as better memory, greater physical awareness and emotional stability.

The Art of Life

The great life force, Ki, envelopes the earth and flows in currents. Humans and all of life on earth thus rest in a great sea of universal energy. We humans are unified with the cosmos through our breathing and with the earth through our eating and drinking. Therefore, for a life in harmony with Heaven and Earth, a human must be able to make use of the energy given to us by breathing, eating and drinking. If one is unable to accumulate, retain and store energy, one becomes fatigued, loses their health, and gradually old age sets in. We can replenish and regulate the Ki by accumulating it, thus renewing our reserve, and then harmonizing energy patterns. This is the Taoist Art of Glowing Health.

Acupuncture, acupressure and Oriental yoga (Ki Kong) can clear the meridians of blockages, and can correct deviations of their paths. Furthermore, these arts can regulate the Ki so that the Ki currently present in the body can be distributed in a balanced and harmonious way. This is, of course, vastly helpful, and all Oriental holy men and women know and utilize principles and ways such as these, using such knowledge and techniques to aid their own and others’ evolutions.

However, acupuncture, acupressure and yoga moves alone cannot produce Ki. By opening the channels and regulating the Ki flow, they make the Ki production process go much more smoothly, but it is up to the individual to decide whether they will create a body wondrously full of Ki or pitifully lacking in it. The amazing Art of Inner Cultivation, which includes focused deep breathing and the consumption of tonic herbs, can produce Ki. It can also recharge this vital life energy within the body. Through this Art, we can learn to produce, circulate and store Ki at will by means of herbs, breathing and concentration.

The Art of Herbs on Earth

According to ancient Oriental Taoist theory, there are five elements. These five elements are of the greatest universal importance, for it is due to the interrelationships between the five elements and the transmutation from one to the other that constitutes life’s processes.

The five elements are Wood, Fire, Earth, Metal and Water. These terms represent the five types of energy which pervade the universe. All entities always contain all five elements, but always in different proportions, so that an infinite variety of possibilities exist as to these ratios.

Among the five elements, herbs belong in general to the Wood element which lives on Earth. All the trees, grasses and plants are nourished by the Earth. Each herb can take and absorb different energies from the Earth. Because of this, each herb has a different “taste.” The herbs supply and feed animals and harmonize with other elements in the cosmos.

If we sow five kinds of seeds in the same plot of land, we can see the five plants arise with five different colors. Each of the five herbs has a different tendency and can absorb a special energy from the Earth, through the wise and sensitive great root of their life. 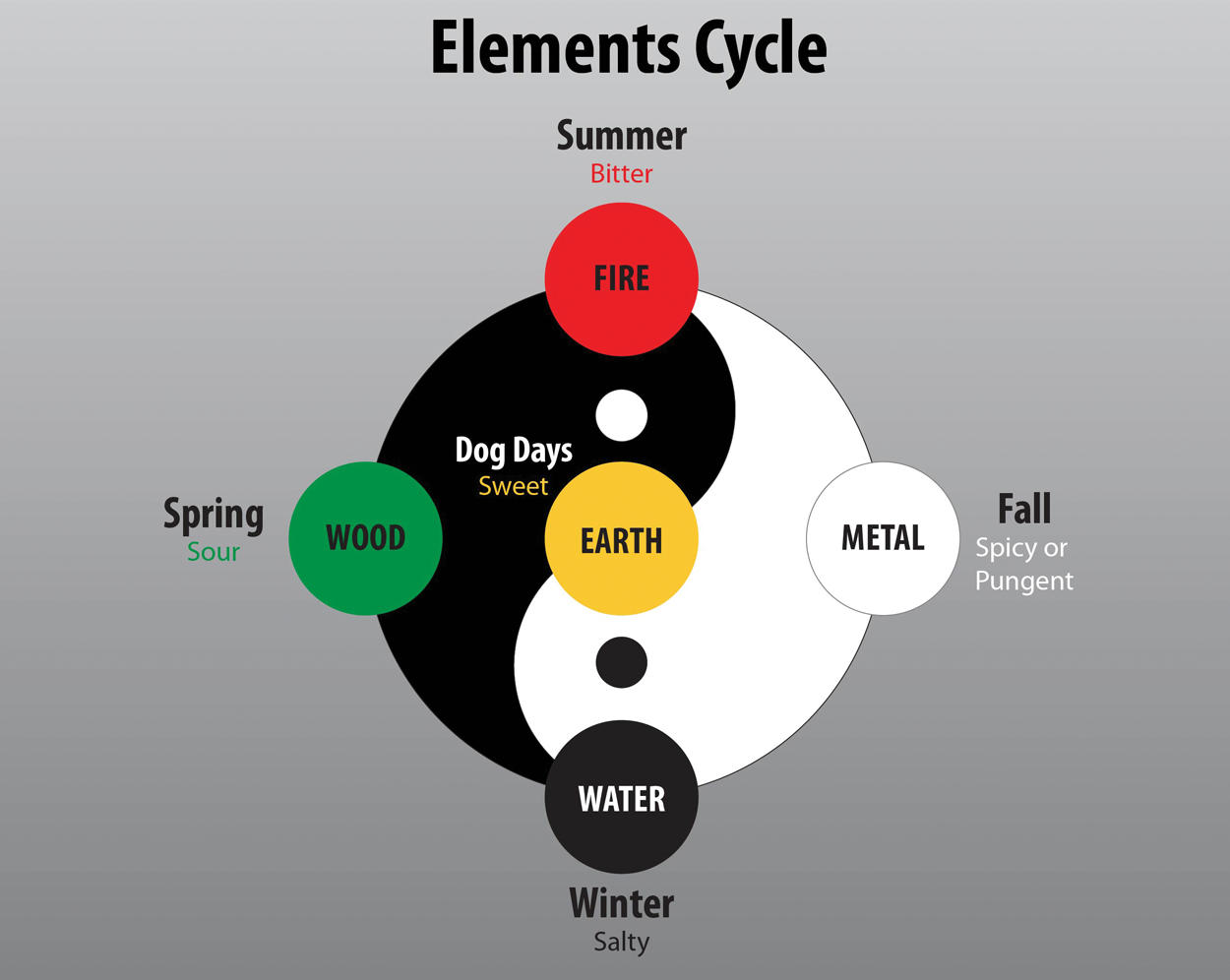 The great root does not absorb unnecessary energy from the natural world, but takes only that energy which is necessary. For this reason some plants, especially trees and some herbs like Ginseng can live for eons. All herbs can unite and harmonize with the cosmos, and when a human or animal consumes them these herbs help the human unite and harmonize with the cosmos. The good energy from the herbs makes the organs of a human clear, cleans the blood and bodily tissues of debris, and purifies the energy meridians. 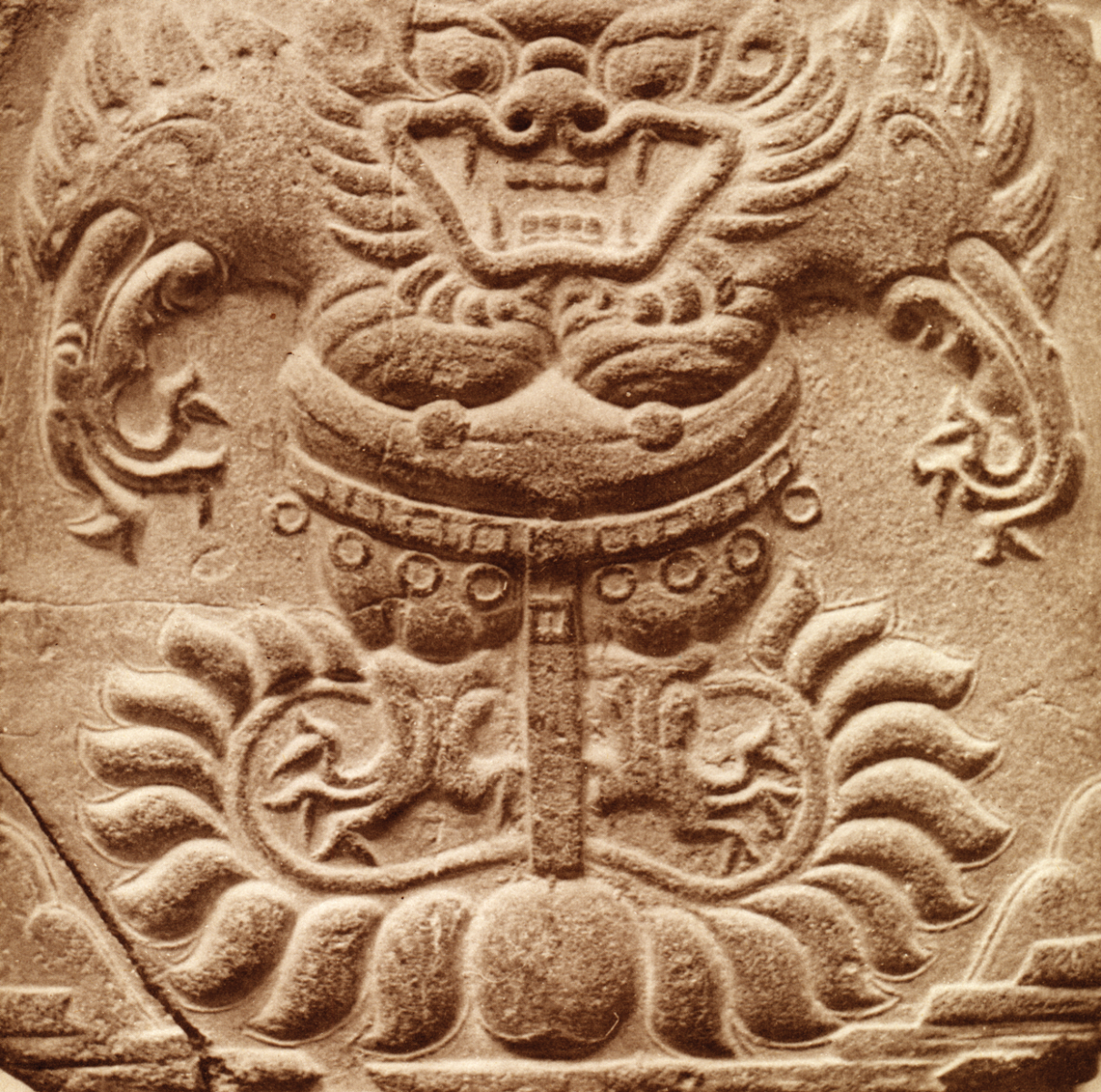 Tokkebi - Tokkebis like the one shown here belong to Korean myth. According to Korean muthology, the universe was given form by tokkebis, who possess might and magical strength. Countless tokkebi stories appear in Korean folklore and we find tokkebis in painting, sculpture and handcrafts such as the ancient tokkebi tile shown here, on display in the Korean National Museum in Seoul. But tokkebis do not only appear in folklore: their power can be gained through the Taoist practices that cincllude Tonic Herbalism and Altong excercises.

Herbs have been a basic part of the Oriental health way for several thousand years. Oriental herbalism is a very sophisticated health system and Taoist tonic herbalism is the highest form. It is necessary to understand the basic principle of Taoism, which is that all things and non-things are really one, and that separations are really just illusions. Therefore the Taoist approach to health is to view the body and mind as a whole, not as parts. The herbs used by Taoist holy men and women in the deep mountains of China, Korea and Japan are used to energize, harmonize and purify the whole body. These herbs promote great well-being.

The approach taken by my disciple Dan-O Sun Sha Ron Teeguarden is of a traditional Taoist nature. In this guide book you will learn the secret herbs that great and venerable holy men and women have used to live lives of great longevity and happiness. It is my great wish that you too take advantage of these herbs and help spread glowing health, peace and wisdom to the world.