Dragon Herbs provides natural health solutions with professional guidance. We are part of the 16 critical infrastructure sectors as defined by the Department of Homeland Security. We therefore will remain open to continue serving our community. To protect our customers and our staff, we are making some temporary adjustments to our operations to help break the transmission chain of Covid-19. 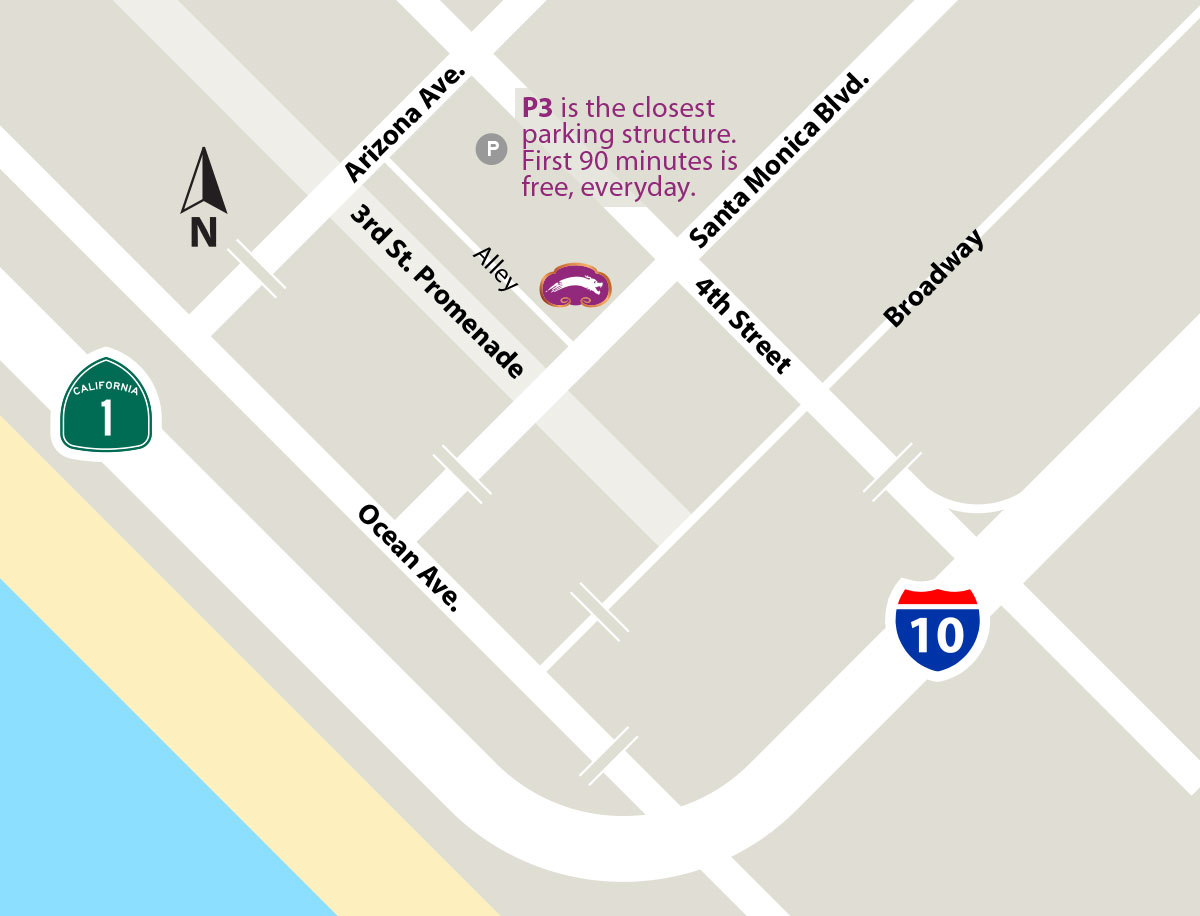 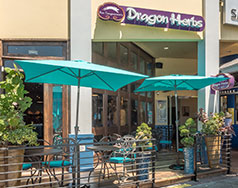 Parking: P5 is one the closest public parking structure. 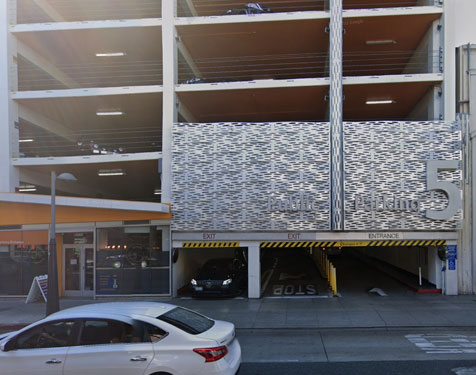 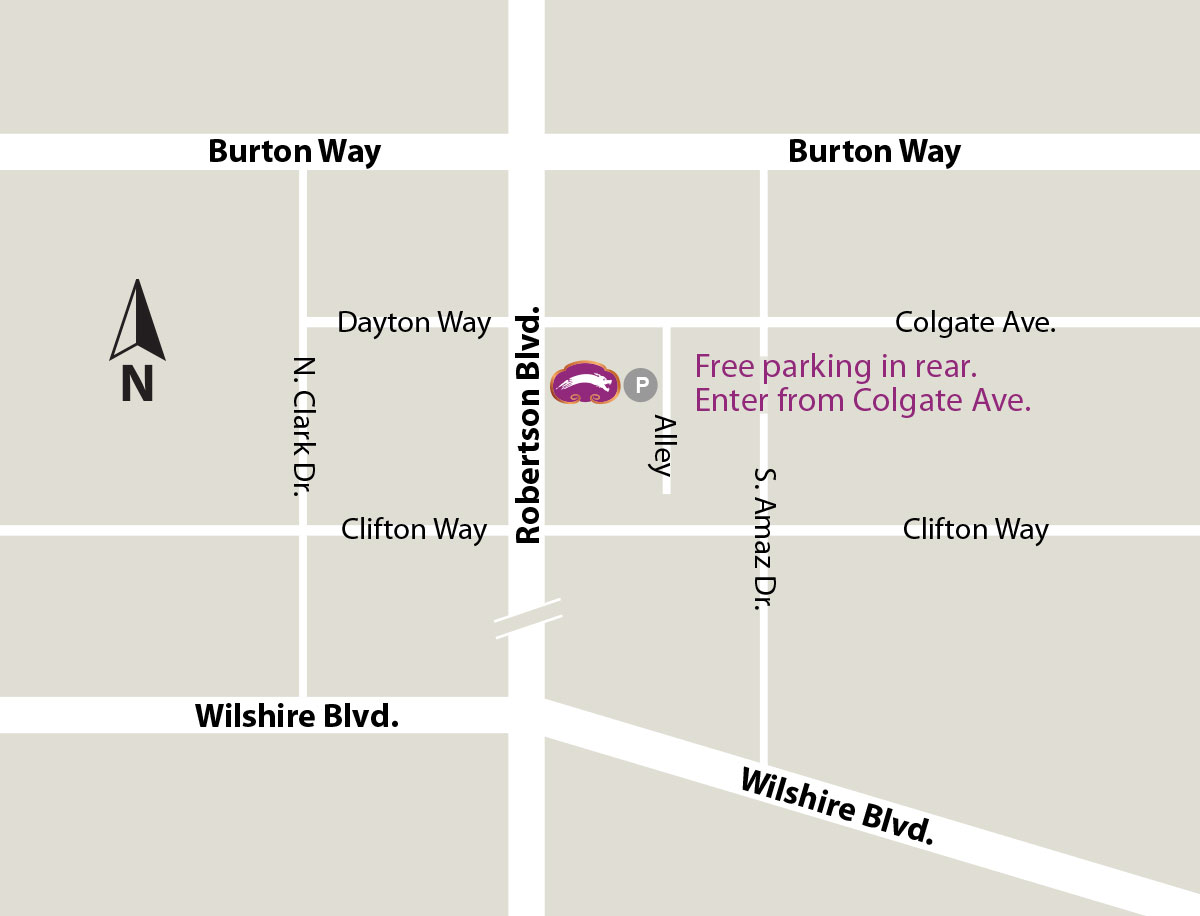 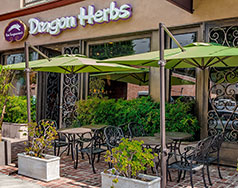 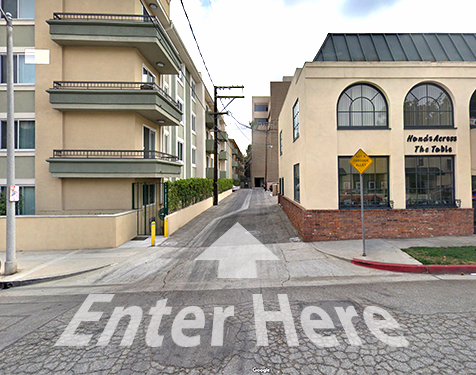 Featuring the complete selections of Dragon Herbs tonics, elixirs, teas, and superfood. See and learn more on wonderful herbs from all around the world. And take advantage of our personalized herbal consultations with licensed Herbalists. 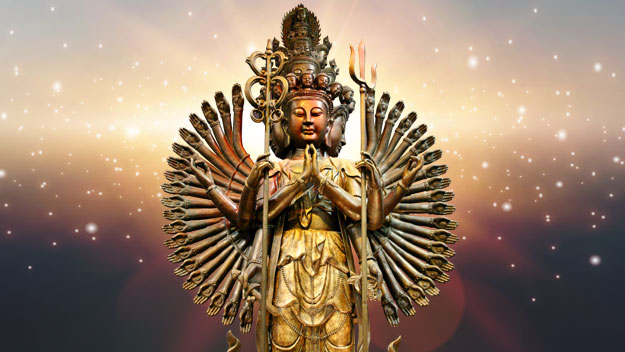 We were given permission to bring this statue to America, to be displayed so that the public could witness her beauty and receive her blessings. Come visit her at the Santa Monica store. Guan Yin is the embodiment of compassion and loving kindness. She answers prayers and is commonly known as the "Goddess of Mercy." 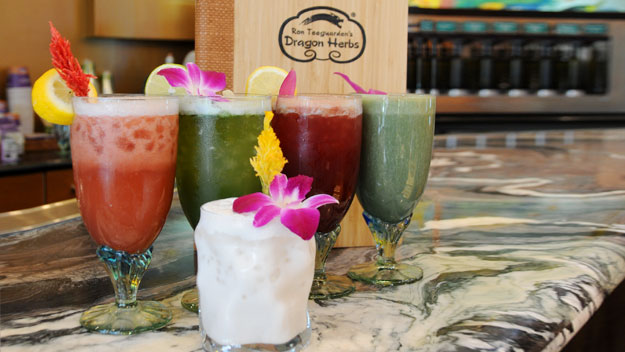 Guan Yin is the embodiment of compassion and loving kindness. Guan Yin is a bodhisattva who took a vow to save all sentient beings from samsara, the unenlightened cycle of birth and rebirth, before she herself could attain the Nirvana of absolute Buddhahood. Her loving compassion is non-discriminatory and accessible to everyone without the necessity of dogma or ritual.

Guan Yin’s full name, Guan Shih Yin, means "Hearing the Cries and Prayers of the Living World (Gaia)". She is omnipotently receptive and listens to all beings with love and compassion. She answers prayers and is commonly known as the "Goddess of Mercy." 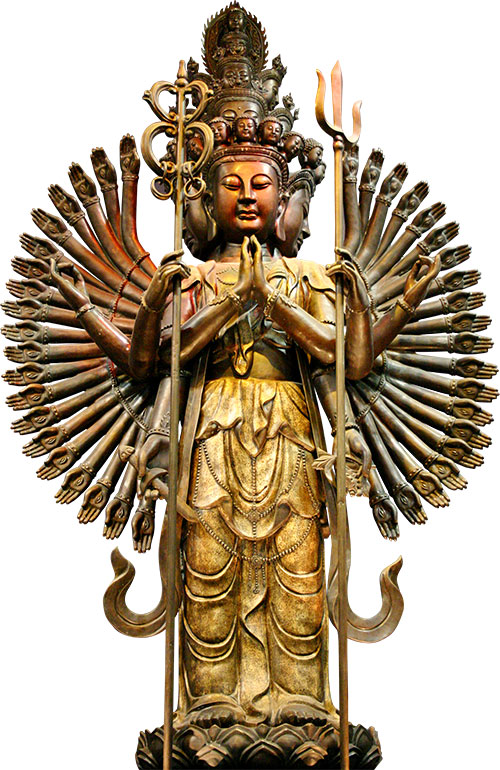 In addition to her famous female form, Guan Yin can have a male side, known as Avalo-kit-esvara. As such, Guan Yin fully embraces Yin and Yang. The universe is composed of Yin and Yang - but there is always Yin within Yang and Yang within Yin. Though Guan Yin is most often depicted as a beautiful female, Guan Yin is also portrayed as both male and female, as both god and goddess, and sometimes as a male. This depiction is rooted in Buddha’s Lotus Sutra: “Guan Yin may resort to a variety of human forms and may travel freely in the world, to convey beings to salvation.”

Guan Yin is the full embodiment of the highest form of human wisdom - Shen, the spirit of divine compassionate wisdom. Guan Yin is willing to listen with impartiality and openness to others, to show mature love and to bestow mercy on those with a big heart. Guan Yin can open the heart and release confined Shen of those who meditate upon her and absorb her spirit.

The Lotus Sutra states that "it is easier to count all the leaves of every tree of every forest and all the grains of sand in the world than to count the blessings and power of Guan Yin." Our statue of Guan Yin has forty-eight hands with all-seeing eyes. According to legend, Guanyin vowed to never rest until she had freed all sentient beings from samsara, or cycle of rebirth. Despite all of Guan Yin’s effort, she realized that there were still too many unhappy beings yet to be saved. She struggled so hard to comprehend the needs of so many that her head split into pieces. The Buddha, upon seeing her plight, gave her eleven heads to help her hear the cries of those who are suffering. Though they replicated her face, they are in fact manifestations of various enlightened Buddhas, providing Guan Yin with the wisdom of all Buddhas.

Now she could hear and comprehend these cries, but when Guan Yin attempted to reach out to all those who needed aid, she found that her two arms were not enough and they too shattered into pieces. Once more, Buddha came to her aid and appointed her multiple arms to let her reach out to those in need. She holds an incredible assortment of magical, spiritual tools, enabling her to provide mercy anywhere.

This blessed statue of Guan Yin is old, but we do not know exactly how old. When we got it, it was darkened with the smoke of incense and by time. We have buffed her up to her original beauty. When temples and shrines were being dismantled in Central China to build the enormous Three Gorges Dam (which now provides hundreds of millions of people with electrical power and a modern way of life), we were given permission to bring this statue to America, with the understanding that she would be displayed so that the public could witness her beauty and receive her blessings.