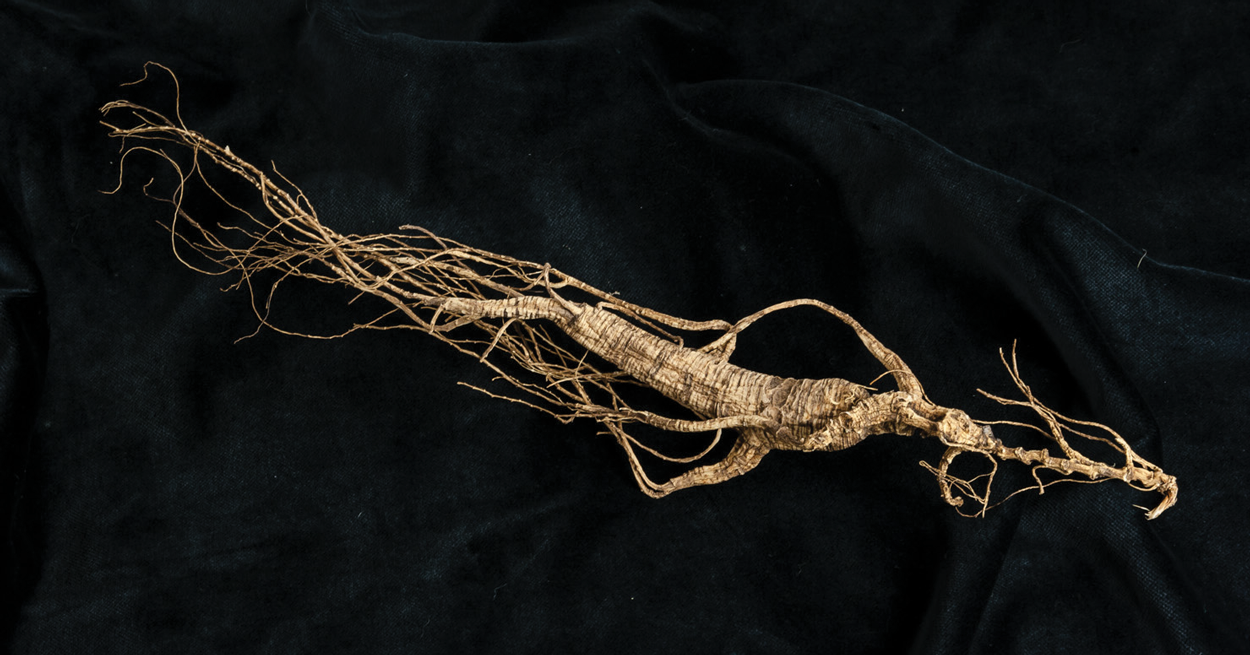 An extraordinary wild Chinese Ginseng root, used in a batch of Heaven Drops

Many would consider wild Ginseng or cultivated old-mountain Ginseng to be the most important herb in their tonic toolkit. In the Orient, Ginseng root is called the “king of herbs.” Ginseng is the ultimate Qi tonic herb. It supports our adaptability, our general vitality, our strength and sexual functions. It is a very powerful tonic for our immune system. Wild Ginseng is a Shen tonic of the same caliber as wild Reishi mushroom, and thus has been revered by wise women and men for thousands of years. Recommendation: Use mature Ginseng from Manchuria and pristine regions of North America. When you can obtain wild Ginseng, get it and take it. Ginseng is usually not grown organically, but Dragon Herbs uses wild, wildcrafted or certified organically grown Ginseng to make its products.

Asian Ginseng is one of the most famous and valued herbs used by mankind. It is properly known as Panax Ginseng. Panax Ginseng is a Qi tonic that regulates the human energy system. It has been shown to be both stimulating and sedating to both the central nervous system and to the endocrine system. Overall, it is regulating to these systems. Panax Ginseng is the primary Qi tonic of Chinese tonic herbalism. Ginseng supports a person’s ability to adapt to all kinds of stress, and supports endurance and resilience under stressful conditions. It has thus been termed an “adaptogen” by scientific researchers. Ginseng is also used to tonify digestive and respiratory functions. Ginseng contains many active constituents, and the most important are the saponins called ginsenosides.

Ginseng is very popular with athletes. Ginsenosides are the constituents that specifically improve adaptability and are believed to help build muscle and endurance. Panax Ginseng has a “warm” energy.

There are several varieties of Ginseng, each of which has distinct characteristics. Most high quality ginseng is good for men and women alike. Wild, semi-wild and wildcrafted Ginseng is generally superior to the commercially cultivated varieties. Nevertheless, cultivated Ginseng can be superb. The higher the quality, the more Shen (Spirit) a ginseng root is said to contain. Also, the higher the quality, the more adaptogenic the product will be. Ask for advice as to which might be best for you.

The best cultivated Ginseng is grown on plantations on Changbai Mountain, in Manchuria, and in Korea, which share a border and common environmental forces. The best cultivated Panax Ginseng is known as “heaven grade.” Most commercial Ginseng is grown with some chemicals. However, organically grown Panax Ginseng is now available from Dragon Herbs. Beware of cheap Ginseng products, because they are often made from immature roots that have imbalanced chemistry. These cheaper Ginseng products account for Ginseng’s unfortunate reputation for increasing tension or for causing headaches, or even high blood pressure. Mature, high quality Ginseng will not produce these side effects. Dragon Herbs obtains ALL its Chinese Ginseng from pristine forest plantations on the western slope of Changbai Mountain. This has been the Di Tao authentic source of Ginseng for thousands of years. All Dragon Herbs cultivated Ginseng is grown at high altitude and experiences mild summers yet harsh Manchurian winters. Our Ginseng is nourished with pure mountain materials and the water is derived from the caldera of Changbai Mountain Heaven Lake as it overflows and pours down the mountain. Dragon Herbs also uses only Ginseng that is mature. Ginseng must be six years old to attain a ginsenoside balance of Yin (calming) and Yang (invigorating) factors. Many Dragon Herbs products use Ginseng that is even more mature and some Dragon Herbs tinctures contain Ginseng roots that are around one hundred years old — a very good thing indeed. 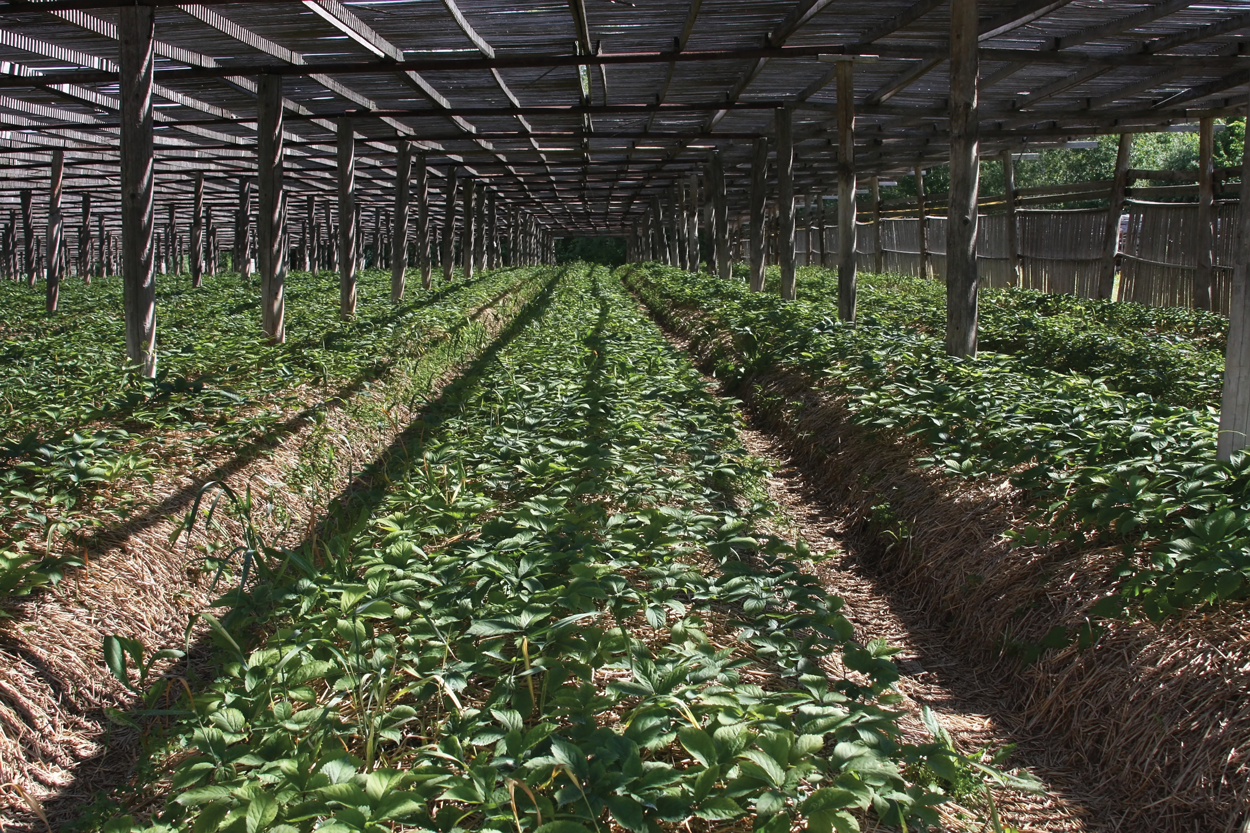 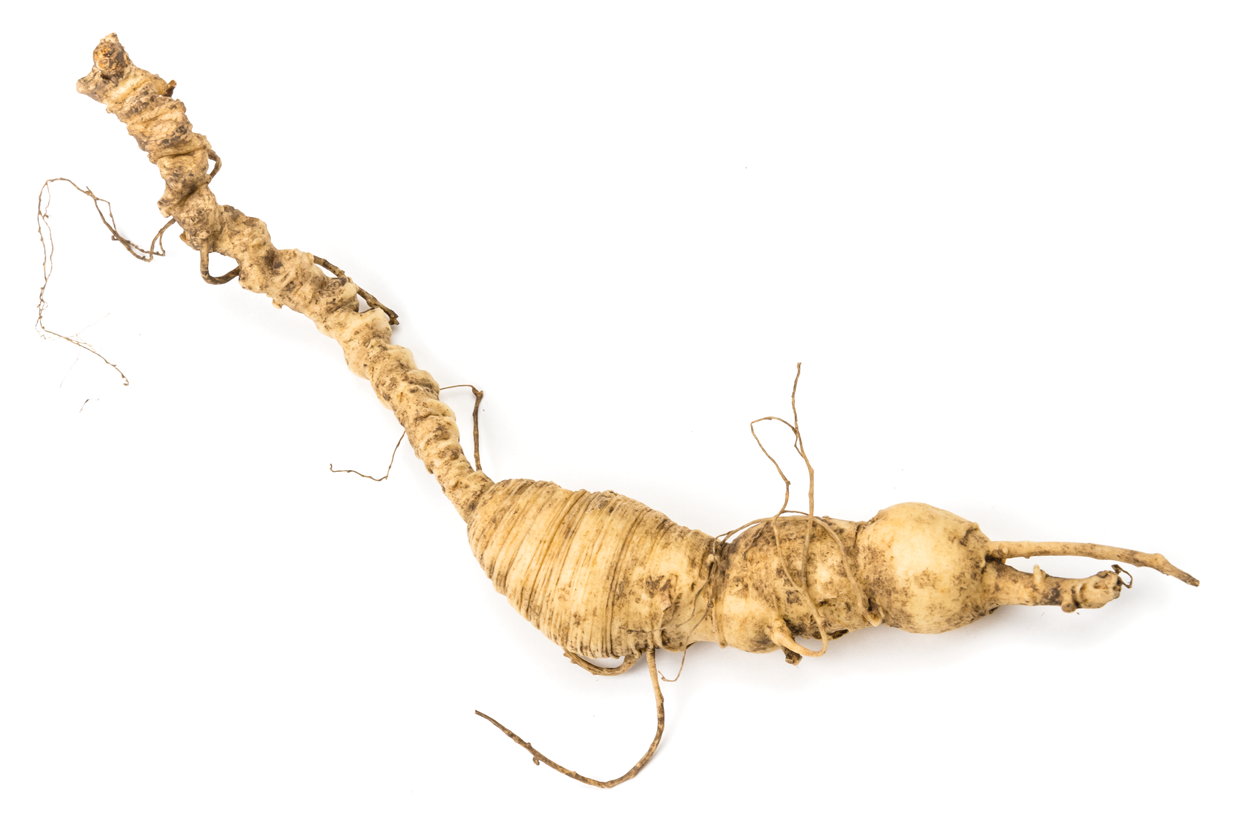 Eleuthero (also referred to as “Siberian Ginseng”) is an important and popular tonic herb. It is a relative of true ginseng, though it shows no physical resemblance to Panax Ginseng. Wild Eleutherococcus senticosus grows widely in Siberia, Mongolia and Manchuria. It is famous as an adaptogenic herb, thus aiding animals and humans in the handling of stress. It has been used for centuries to increase physical and mental endurance, to build blood and to improve memory. It is now widely used around the world to regulate blood sugar levels, and is especially popular among athletes and those who work hard, like gym rats, gardeners and yogis. It is perhaps the most popular herb in the world among martial arts practitioners. Eleuthero is somewhat stimulating to one’s energy level within minutes of consumption — and increases vitality over time. Eleuthero root is very fibrous (woody). It takes between 25 to 45 pounds of woody root to make just 1 pound of Eleuthero extract powder. Most American herb companies use “Siberian Ginseng” that has been “cut” many-fold with various excipients (“cut”). Dragon Herbs uses only “pure yield” (full strength) extract.

Many Dragon Herbs herbal formulations contain Ginseng as a major ingredient. Here are some -

Find more products that contain Eleuthero as its main ingredient.