The ultimate greatness of Gynostemma lies in its broad spectrum adaptogenic quality. It has double- direction activity in many areas of human physiology. It has the ability to bring balance to the body, even under a wide range of stressful circumstances. Constant consumption of Gynostemma tends to have a highly protective quality because it strengthens the adaptive capacity of the person at every level of their life. Gynostemma is a major adaptogenic herb, in the same league as Ginseng, Reishi, Schizandra, Rhodiola, Mountain Ant, Cordyceps, Eleuthero, and Astragalus — the most highly regarded adaptogens in the world. 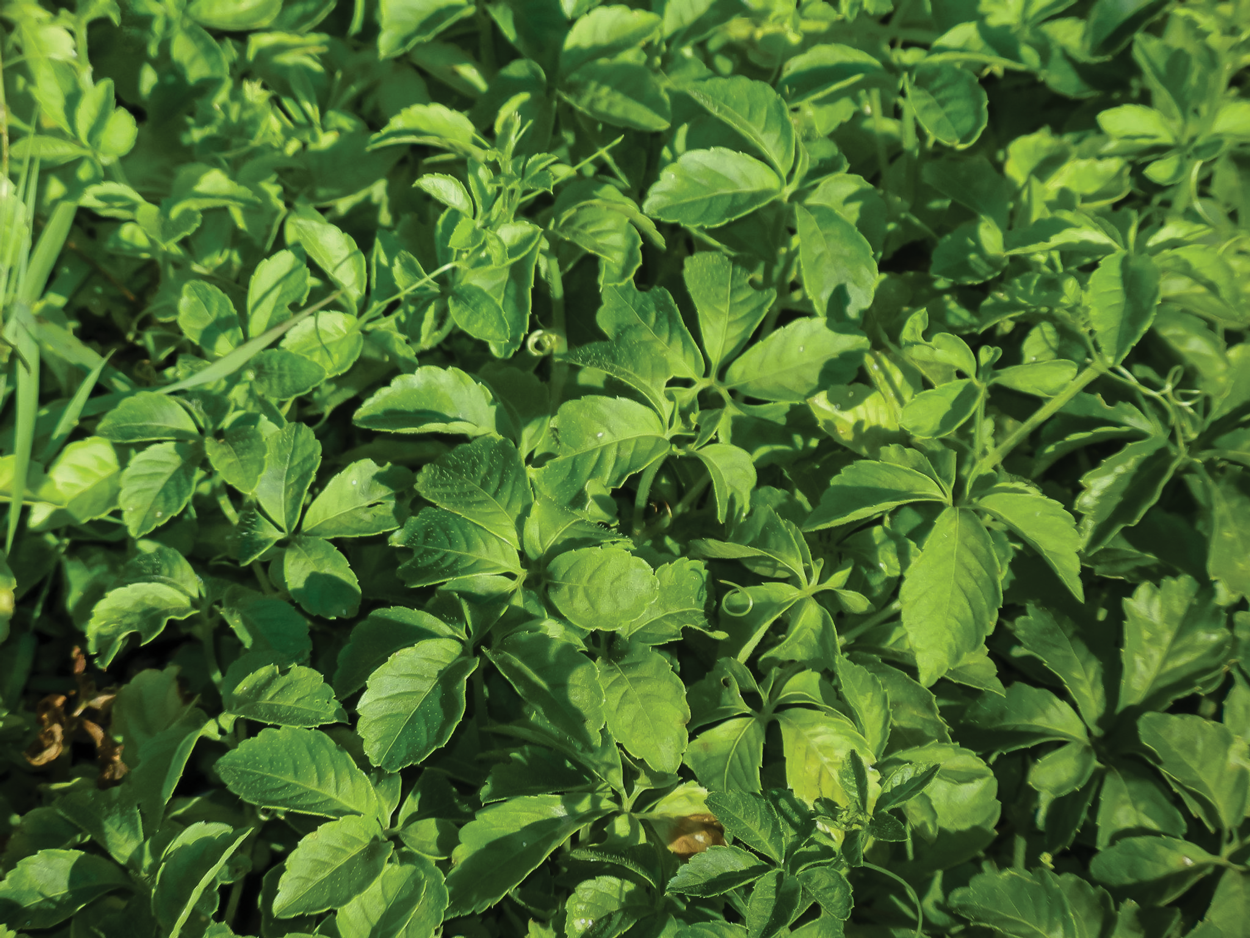 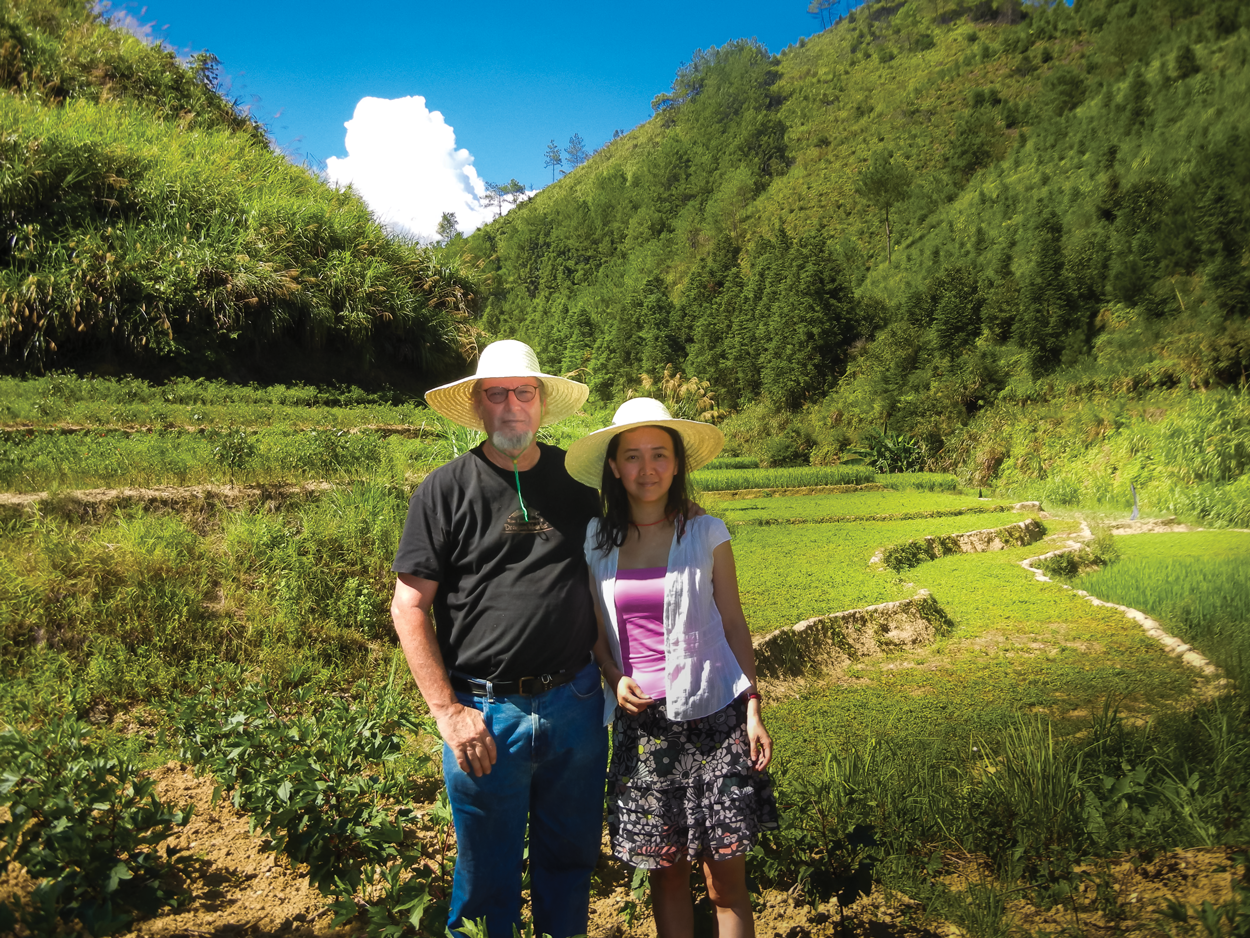 Right: Dragon Herbs Gynostemma is grown in this beautiful, remote, pristine ravine at the very top of Great Immortal Peak in Southern China.

The chemical constituents responsible for the adaptogenic characteristic of Gynostemma are saponins called gypenosides. Gynostemma contains 144 known gypenosides. This is the broadest range of such compounds in one plant in nature. Ginseng, for example, has about forty saponins (ginsenosides), and Astragalus has about thirty-six saponins (astragalosides). Gypenosides are very similar or nearly identical to those of Ginseng and to the eleutherosides of Eleuthero, and some gypenosides are precisely the same chemical structure as the saponins found in Ginseng. The similarities are so close and so extensive that Gynostemma is often called “Southern Ginseng” in China. To the local people of Southern China who grow and consume it, it is simply called “Magical Grass.”

Studies indicate that Gynostemma has a double- direction, regulating and adaptogenic influence on the central nervous system. It is calming when one is overexcited and stimulating when one is under- excited. Gypenosides in Gynostemma moderate nuclear factor kappa-B, a ubiquitous chemical compound increasingly produced in the body as one ages, generally recognized as a very beneficial action. Gynostemma is popularly believed in Asia to be an herb that supports healthy aging.

Left: This is the path to and from the Dragon Herbs Gynostemma field. No vehicles are allowed within 2 km of the growing area to preserve freshness of the land, which has never experienced a chemical. Right: The entire field is naturally irrigated by a fresh water spring. 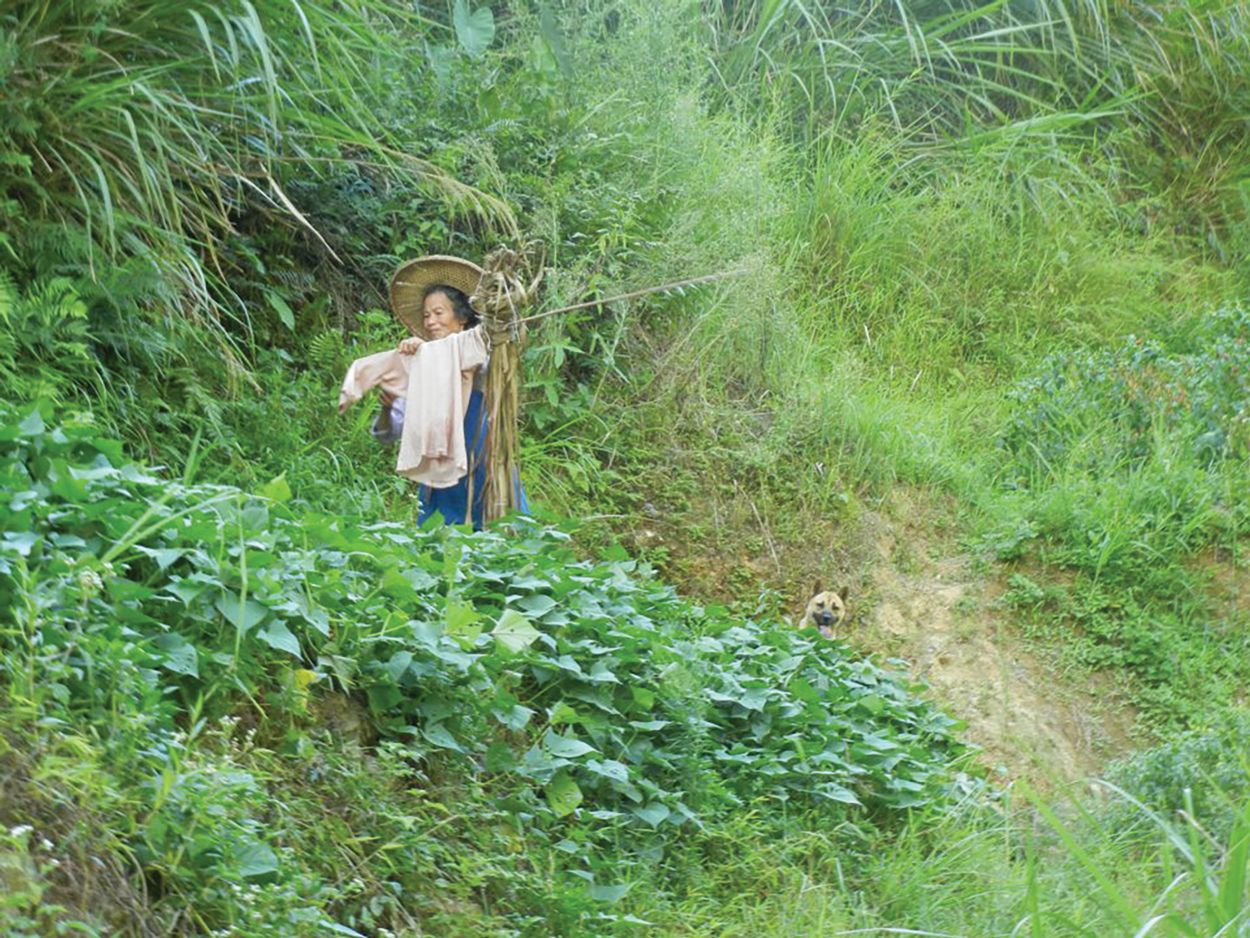 Left: the actual spring that spreads fresh mountain water into Dragon Herbs Gynostemma fields 365 days a year. Middle: Gynostemma leaves, up close and personal. One of our customers will have drunk a tea made from these leaves last year. Right: Setting up a scarecrow to chase wild pigs, leopards and monkeys from our Gynostemma fields.

Many Dragon Herbs herbal formulations contain Gynostemma leaf as an important ingredient. Here are some -

Find more products that contain Gynostemma as its main ingredient.