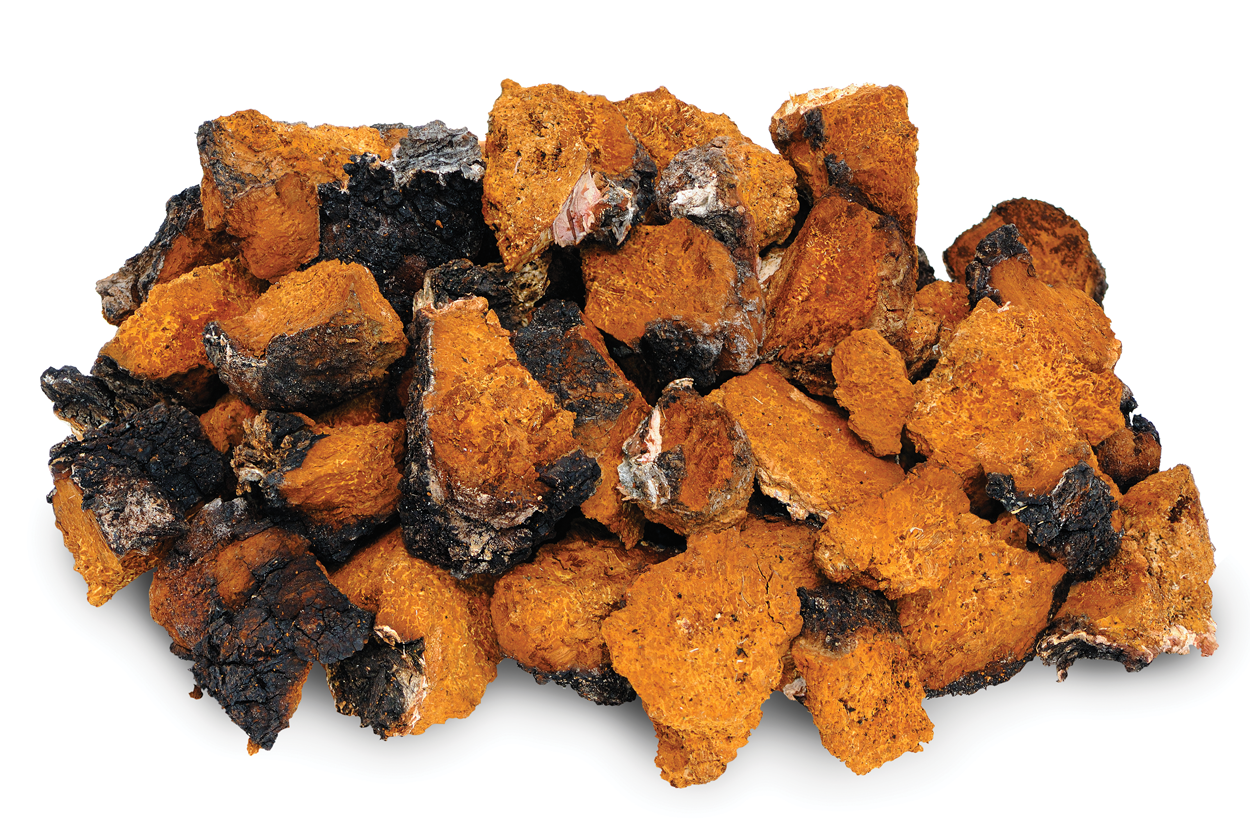 Asian herbalists believe that Chaga preserves youthfulness, promotes health, and encourages longevity. Because of its potent protective qualities and high degree of safety, it is relegated as a “superior herb.” It is categorized as a Qi tonic, like Reishi mushroom. It is also considered to be a superb Kidney tonic. Russian and Scandinavian scientists have done the most scientific research on this powerful herb in recent years. Chaga is a very powerful antioxidant. Studies indicate it is a much more potent free radical scavenger than many other popular dietary antioxidants, including blueberries and açai. Chaga may be used as a Shen tonic as well, and as an immune modulating (strengthening, balancing, supportive and regulating) tonic of the highest order. 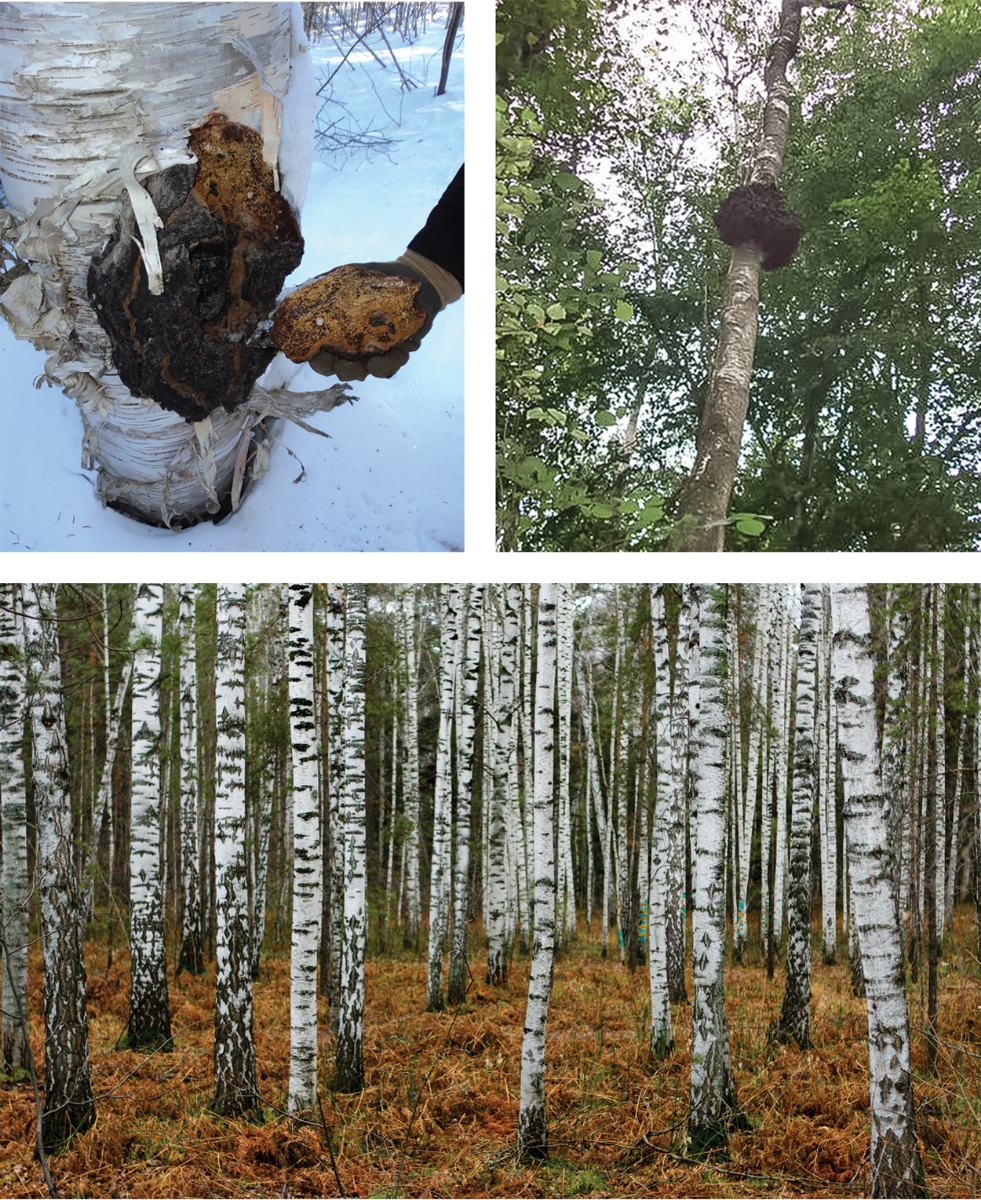 Siberian Chaga contains a range of important active constituents including polysaccharides, phenolic compounds, lanostane triterpenoids and melanin, a pigment that is present and needed throughout the human body, with a wide range of health benefits. Research on Siberian Chaga has demonstrated potent immune supporting actions. Upon ingestion, a range of secondary metabolites are produced, many of which are highly active as potent immune modulators. Chaga is a rich source of 1-3 β-glucans, polysaccharides that are quintessential nutrients for the immune system. These polysaccharides have strong immune balancing properties, enhancing the body’s ability to produce natural killer (NK) cells. At the cellular level, Chaga has been shown to support the response to oxidative molecules that may impact human DNA if not quenched.

Dragon Herbs uses Siberian Chaga. In Siberia, after ten to fifteen years of parasitism on birch tree trunks, the black shapeless Inonotus obliquus fungus acquires the status of “Chaga.” And at the age of twenty years, Chaga is considered to be fully mature as a tonic herb. Chaga’s safety has been well established, and it may be used as a daily tonic herb. Dragon Herbs Wild Siberian Chaga is extracted (concentrated) by a special controlled-temperature, full spectrum extraction technology. Both water and alcohol are used in the extraction and as a result, all bioactive components of the Chaga are present in Dragon Herbs Wild Siberian Chaga powdered extract. Siberian Chaga is non-toxic.

Researchers have recently reported in an international research journal (2011) at least one mechanism by which Chaga modulates immune responses is through secretion of Th1/Th2 cytokines (bioactive chemicals) in immune cells, and that Chaga regulates antigen-specific antibody production. This modulatory effect is responsible for Chaga’s “double-direction” adaptogenic effect on the immune response. This activity is very similar to the same activities long noted in Reishi mushroom (Ganoderma ). Because of its double direction adaptogenic activity, Chaga is suitable to all healthy normal individuals seeking a world class tonic to support a wide range of life functions. 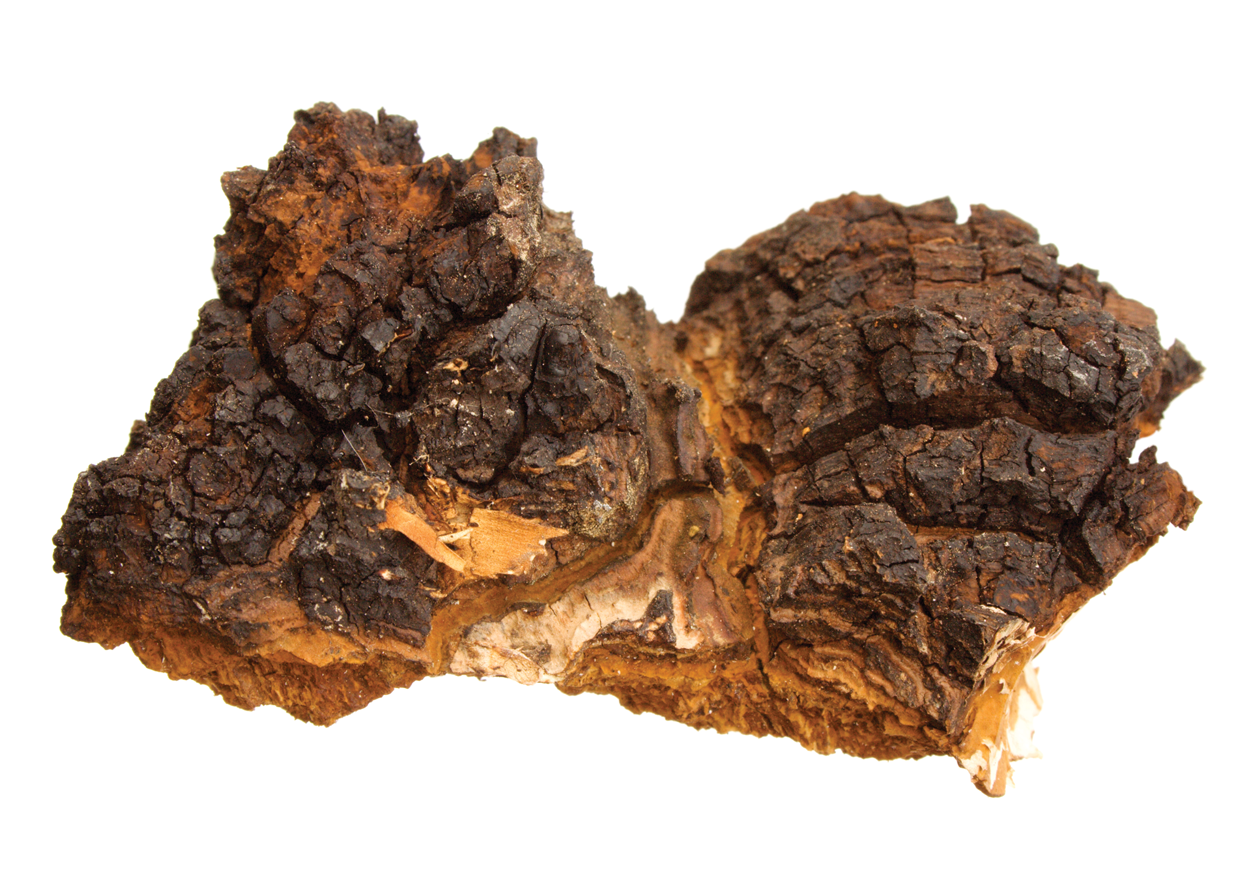 The mushroom has two main layers, both provide tonic benefits

A number of Dragon Herbs formulations contain Chaga mushroom as a major ingredient. Here are some –