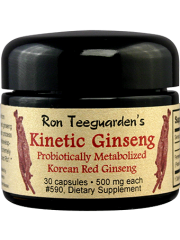 Kinetic Ginseng™ is one of the profound achievements in herbalism of the 21st century. Kinetic Ginseng™ is technologically advanced fermented Korean Red Ginseng. It is a superb tonic herb suitable for most people. The dominant active components of Ginseng are saponins (ginsenosides). Orally consumed Ginseng saponins are not decomposed by digestive enzymes, so they pass through the stomach into the intestines intact. Saponins are broken down by intestinal bacteria and then the “metabolites” are absorbed through the intestinal wall into the blood stream. Research has shown that differences of Ginseng efficacy between individuals and between different Ginseng products is due to differences in the digestive (hydrolyzing) ability of our intestinal bacteria. The ginsenoside metabolizing ability of intestinal bacteria varies from person to person. These differences exist, in part, based on a person’s physical condition and the varying patterns of intestinal microorganisms that exist in a human body. Antibiotics kill off the precise microorganisms that metabolize Ginseng. Anyone who has taken an antibiotic may be lacking partially or entirely in these or related microorganisms. Therefore, some modern people cannot get the full benefit of Ginseng, if any. And that’s where Kinetic Ginseng™ comes in. Kinetic Ginseng™, which is fermented Korean Red Ginseng, has already been pre-hydrolyzed during the manufacturing process by fermenting the Ginseng with specific probiotic bacteria that metabolizes Ginseng. Kinetic Ginseng™ is equally effective in ALL people, regardless of their ability to metabolize ginsenosides. This VASTLY improves the effectiveness of this Red Ginseng over any other Ginseng product in the market simply because of the improved assimilation of the ginsenoside metabolites that are actually functional in the human body.* In addition, the pre-digestion of the Ginseng by the probiotic bacteria results in the production of several metabolites that are not present in the non-digested Ginseng (raw or extracted ginseng), including the very potent ginsenosides Rg3, Rb1, and Compound K, all of which are being intensely researched for their health supporting properties. This is the first and ONLY Ginseng product in the world that assures complete assimilation by the human body. Though it is a more expensive form of Ginseng extract, it has very high value. 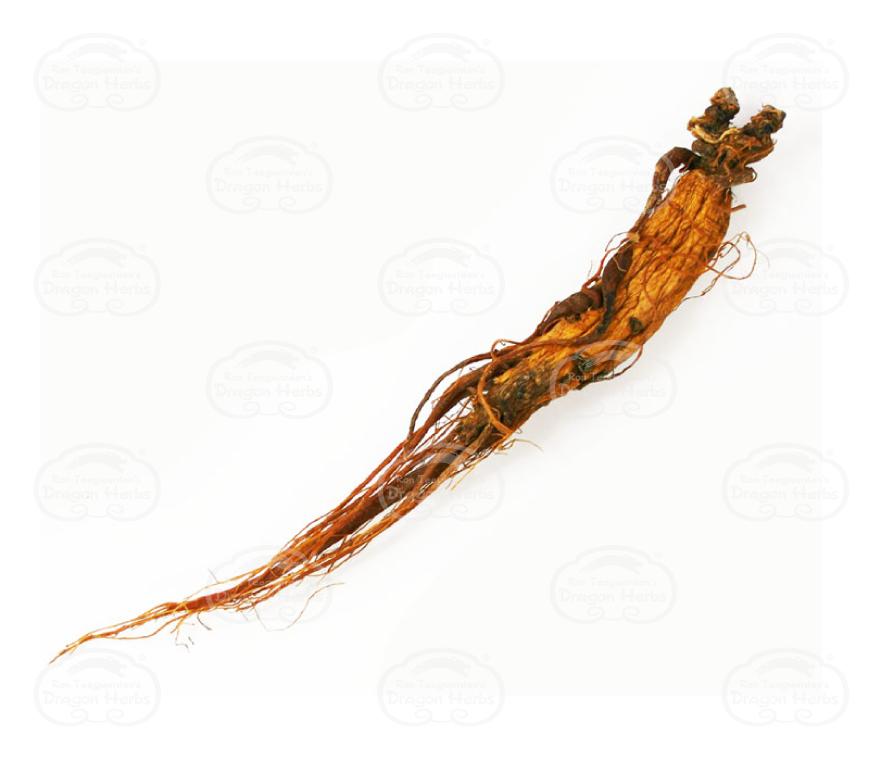