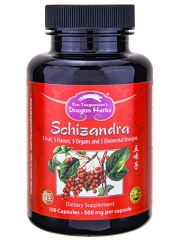 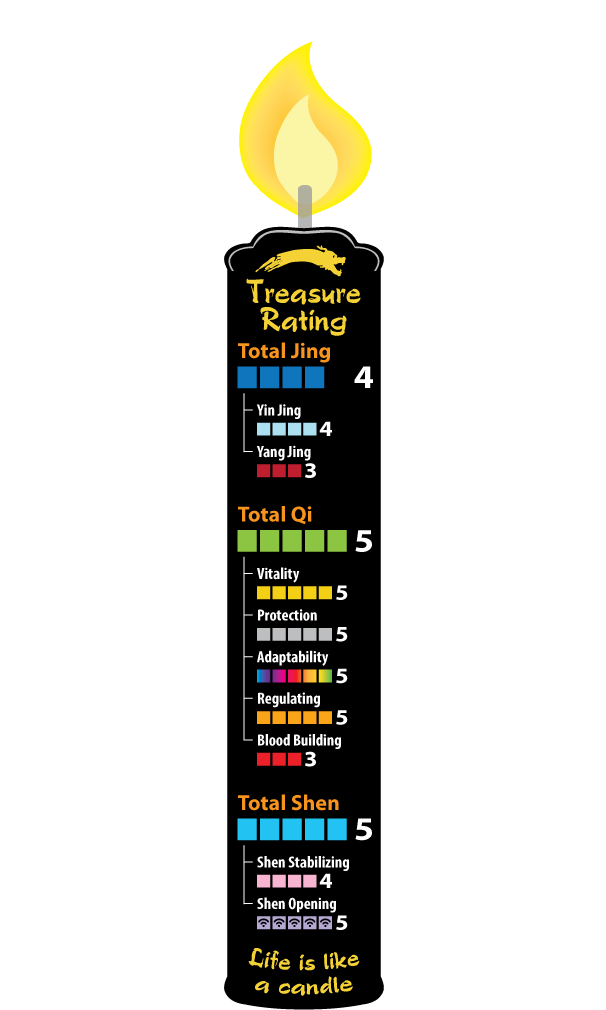 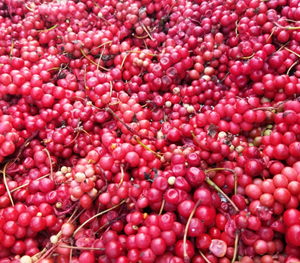 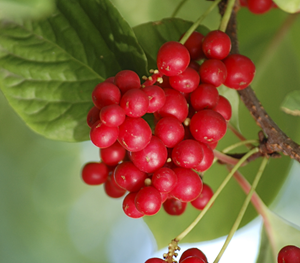 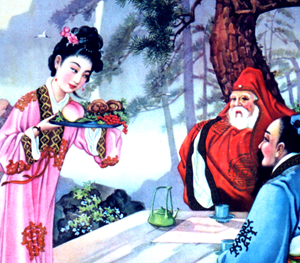 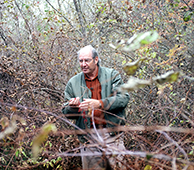 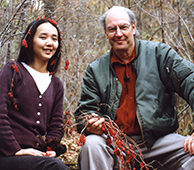 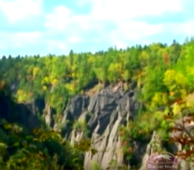 Schizandra berry, from the plant Schizandra sinensis, is “the herb that does it all.” It develops and protects the primary energies of life. Schizandra, known as the “quintessence of Chinese tonic herbs” tonifies all three Treasures, enters all twelve meridians and nurtures all five elements. It supports vitality and is said to promote beautiful skin. The Taoists especially have revered Schizandra which is the favorite herb of Taoist Grandmaster Sung Jin Park. Though Schizandra is believed to benefit all the functions of the body, it has traditionally been considered to have the most influence on the Kidney, Lung, Liver and mental functions. Our Di Tao (authentic source) certified organic Schizandra berries are collected from the remote forests of Changbai Mountain in Manchuria.

Traditional Function
Tonifies all three treasures (Jing, Qi and Shen), tonifies and regulates all five elements, tonifies and regulates all twelve organ-meridian systems. Astringes Jing, Qi, and Shen to hold the essence, strengthen the breath, and sharpen the memory.
Who can use it?
Adults
Specifications
100 Capsules, 500mg each
Other Ingredients
Vegetarian capsules, Rice powder, Bamboo extract powder, Calcium stearate.
Dosage
Take 3 capsules, 2 times per day or as directed by a healthcare professional.

The Quintessence of Tonic Herbs 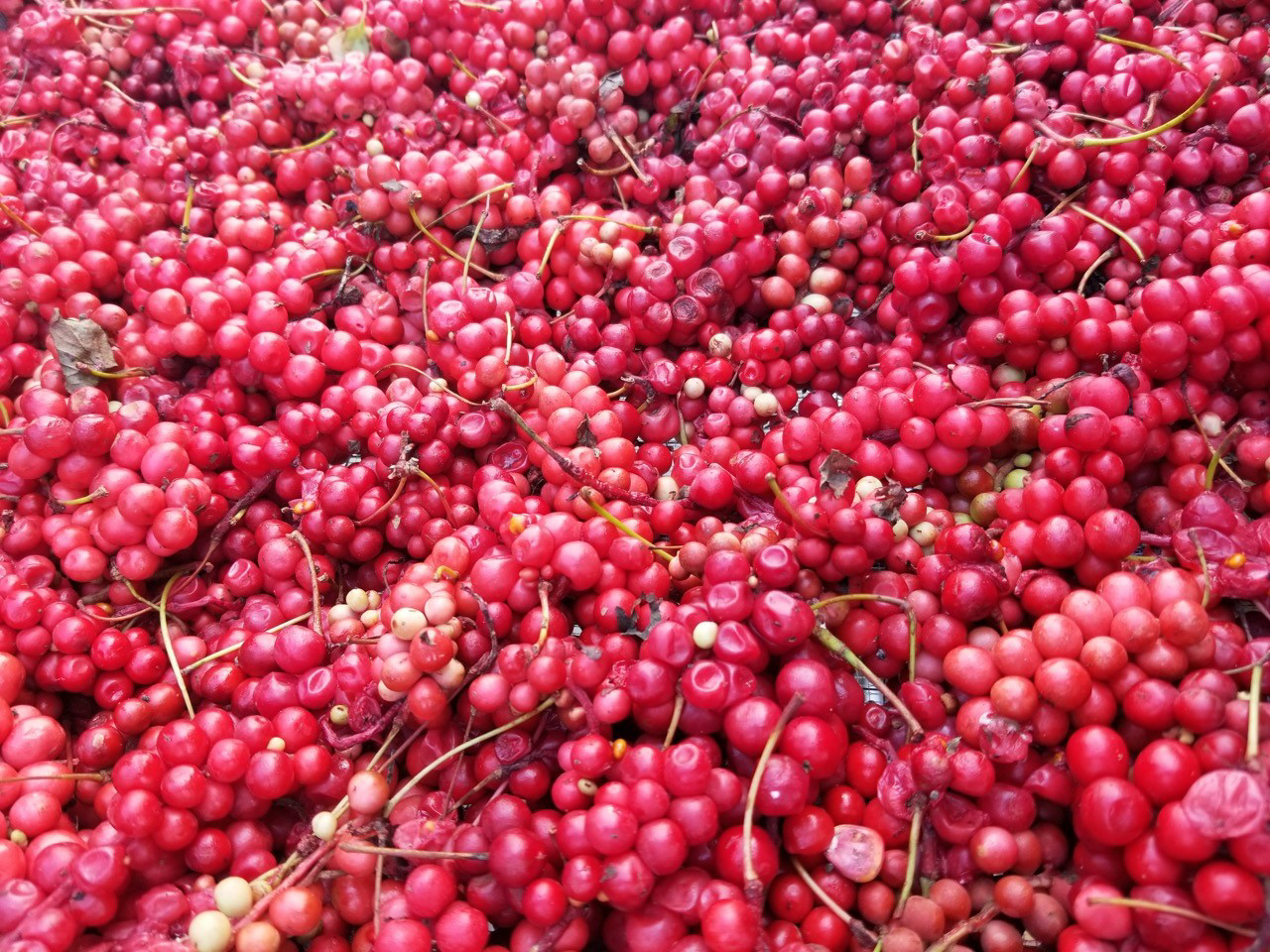 Schizandra fruit, from the plant Schisandra chinensis, is “the herb that does it all.” It develops and protects the primary energies of life. Schizandra, known as the "quintessence of Chinese tonic herbs,” supports vitality and beauty when used regularly for some time. It is said to promote beautiful skin. Schizandra is said to help purify the blood, support the mind, help maintain a strong memory, and help maintain sexual energy and sexual functions in both men and women.

The very name of Schizandra in Chinese, Wu Wei Zi, tells us a great deal about the qualities of this herb.  Wu Wei Zi means “Five Flavors Fruit.”  Due to the fact that Schizandra possesses all five of the classical “tastes” (sour, bitter, sweet, spicy and salty) and thus possesses the essence of all five of the elemental energies (wood, fire, earth, metal and water), Schizandra is respected as a health-providing tonic in the same class with Ginseng, Reishi and Goji.

Schizandra has been used since the dawn of Chinese civilization as a tonic herb. From the beginning it has been revered, and remains one of the elite herbs of the Chinese system of herbalism. It was first written about in Shen Nong’s Pharmacopoeia (written between 1st and 2nd century A.D.) where it was listed as a Superior herb.

The Taoists especially have revered Schizandra. Schizandra was Ron Teeguarden’s teacher’s, Taoist Grandmaster Sung Jin Park’s, favorite herb. This is because Schizandra tonifies all 3 treasures**, enters all 12 meridians and nurtures all 5 elements. Master Park considered it to be the quintessential herbal substance.

Though Schizandra is believed to benefit all the functions of the body, it has traditionally been considered to have the most influence on the Kidney, Lung, Brain and Liver functions. 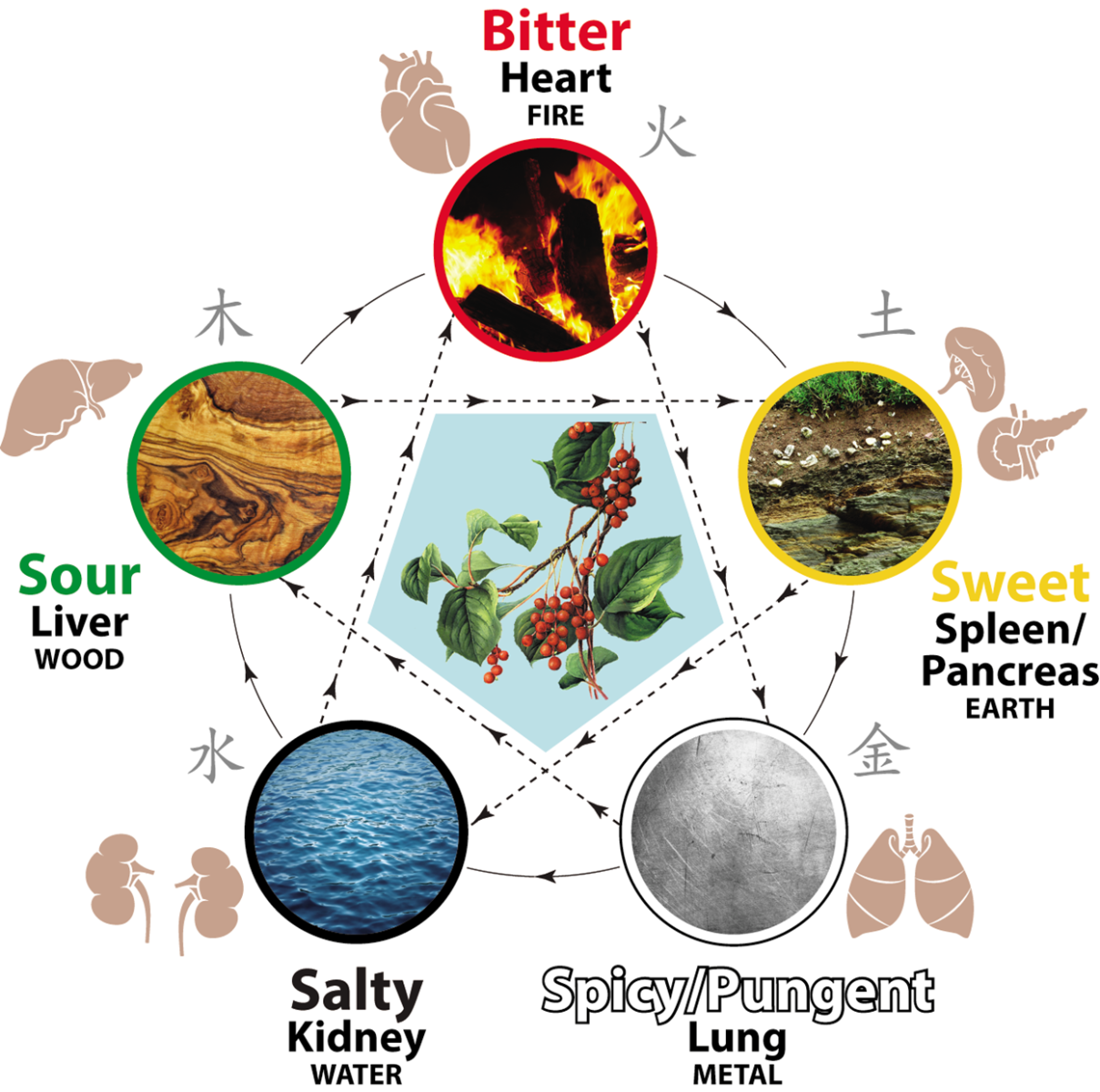 The 3 Treasures are the 3 fundamental energies that make up life, the 13 meridians are the energy channels that flow throughout the body, the 5 elements are the five energy states of nature (Water, Wood, Fire, Earth, and Metal). In short, Schizandra is a rare herb that can actually benefit all the bodily functions and organs of the body, according to the traditional Chinese and Taoist health system. 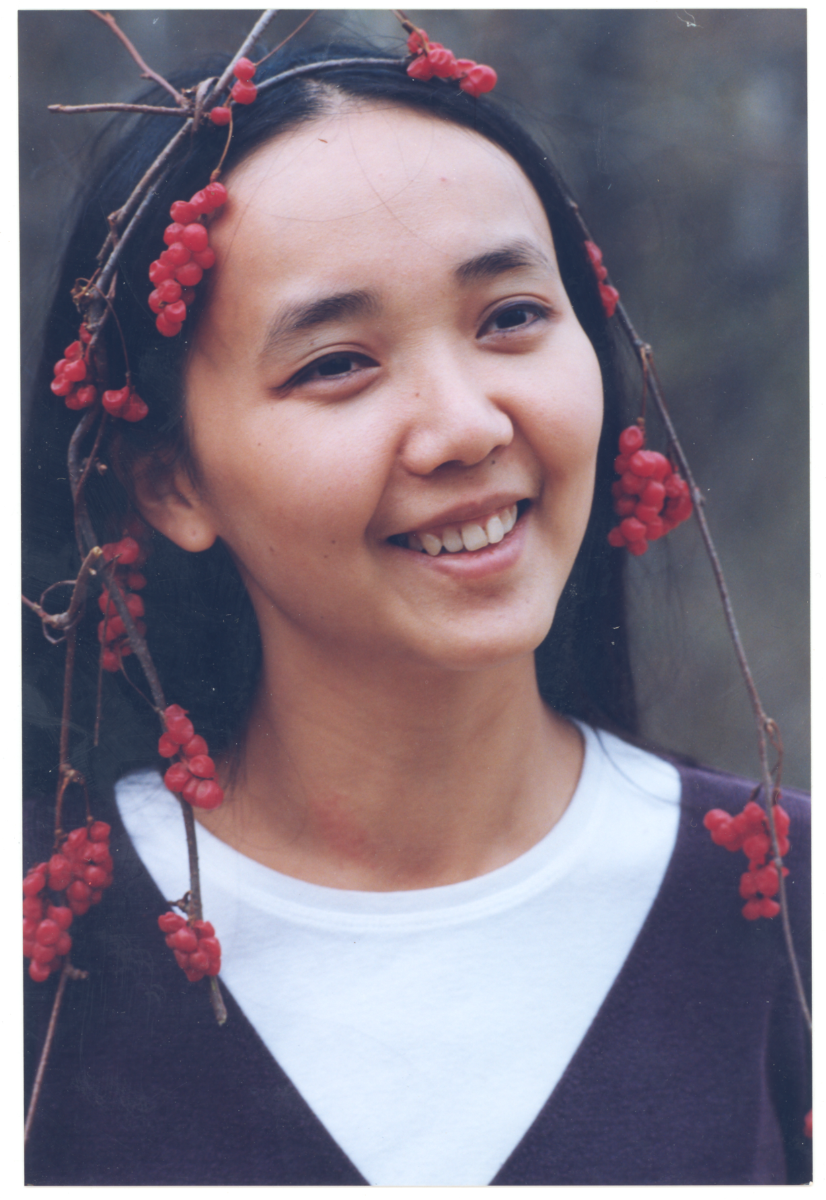 Schizandra supports the skin and its functions. Schizandra is widely used to beautify the skin and to protect the skin from the damaging effects wind. Due to the astringent quality of Schizandra, the skin tends to hold its moisture and becomes full and beautiful. It has always been very popular with the wealthy men and women of China, especially the women of the imperial court, because of its youth preserving and rejuvenating effects. It is said that those who use Schizandra consistently will remain youthful in both appearance and physiology. Their skin virtually glows and becomes clear and fine after several months.

This herb is considered to be one of the premium mind tonics of herbalism. It is used to support concentration, memory and alertness. It has been demonstrated that human intellectual activity can be supported and work efficiency increased by consuming Schizandra. Various tests have shown that moderate doses of Schizandra can support various activities requiring concentration, fine coordination, sensitivity and endurance. The tests in humans confirming Schizandra’s efficacy in these areas range from threading needles to running marathons. 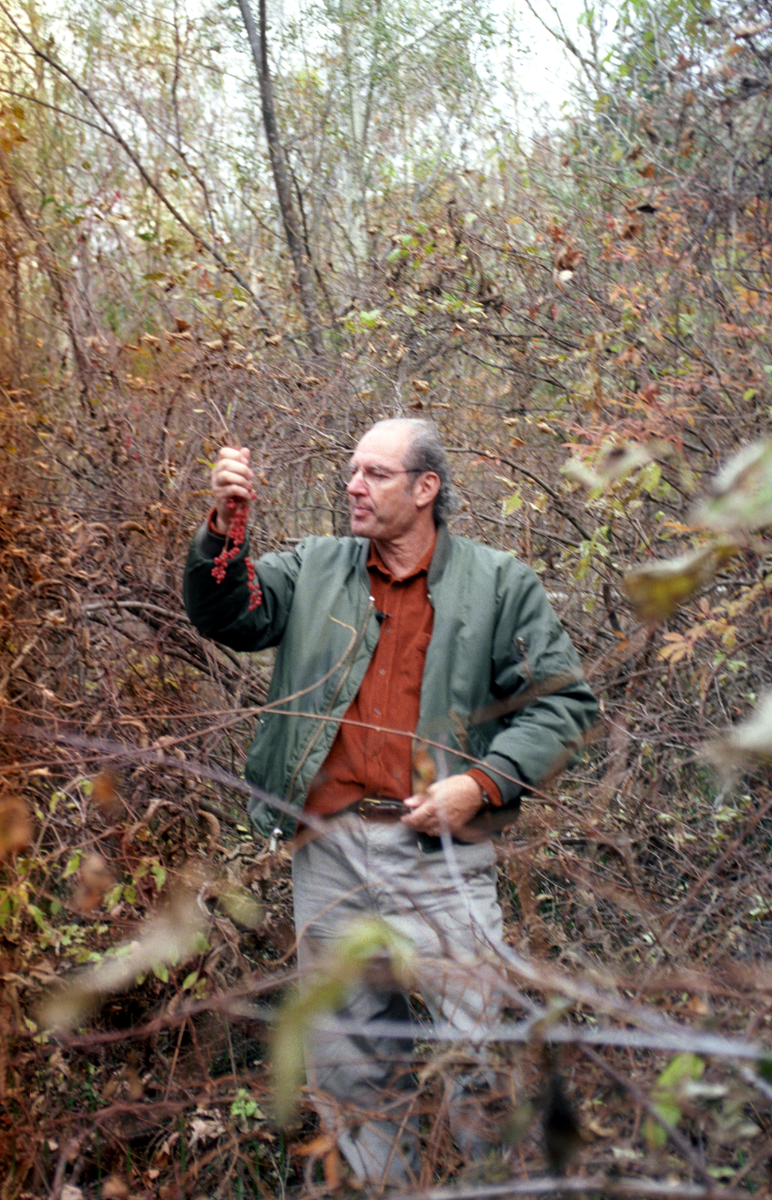 Many studies now indicate that Schizandra actually has a balancing, or regulating, action on the central nervous system.  It can result in accurate and optimal balancing between the excitatory and inhibitory control functions of the cerebral cortex. It is considered to be a “bidirectional” herb.

Women benefit from the same capacity to increase Water Qi of the Kidney. Schizandra is said to increase circulation and sensitivity in the female genitals. Many women claim increased genital warmth and sensation after using Schizandra for a period of time. The Chinese sexual classics claim that continuous use by a woman will increase the amount of “female elixir,” a euphemism for vaginal secretions, during intercourse.

Schizandra is indeed the quintessence of tonic herbs. It belongs in everyone’s home elixir bar.*