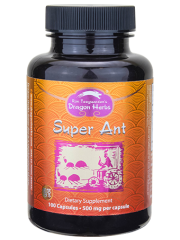 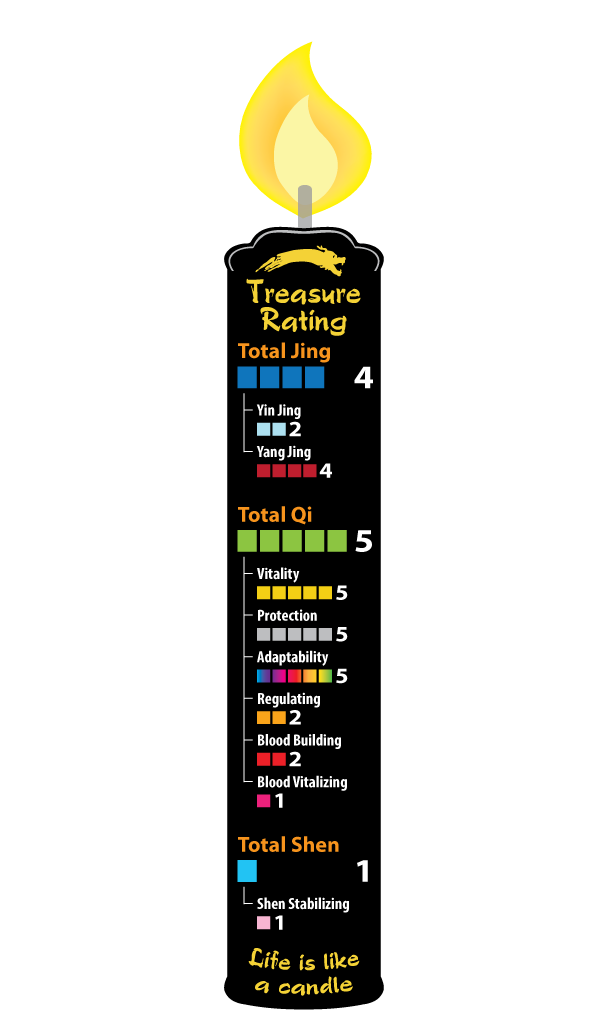 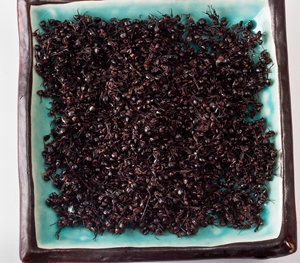 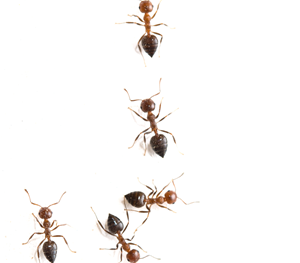 Dragon Herbs is pleased to offer Polyrhachis Ant in capsule form, comprised half of ground, raw farmed Changbai Mountain Black Ant, and half Polyrhachis Ant extract (a 10:1 extract). The resulting product is extremely potent. Polyrhachis Ant is one of the adaptogenic superstars of Chinese tonic herbalism. Classically considered one of the “forever young foods” incorporated into daily diets, Polyrhachis Ant is widely consumed in modern Asia as a dietary supplement for its many known benefits. This Mountain Ant is famous for supporting many important life functions and for its replenishing tonic properties of restoring Qi, increasing vitality and nourishing the blood. Polyrhachis Ant is also one of the few truly powerful adaptogenic substances of the earth, helping the body to naturally adapt to change and common stress as efficiently as possible. Polyrhachis Ant is one of the tonic ‘herbs’ that gives quick Qi to the brain and body, while simultaneously restoring its original source, the Kidney Yin, creating its supertonic reputation for both Qi and Jing. Polyrhachis Ant is known to facilitate synthesis of DNA and RNA within the cell itself. A unique set of aldehyde compounds found in Polyrhachis Ant is believed to contribute to the Ant’s unparalleled physical strength, a species known to be able to lift over 100 times their own weight. This aldehyde provides the great tonic action for the human body.* 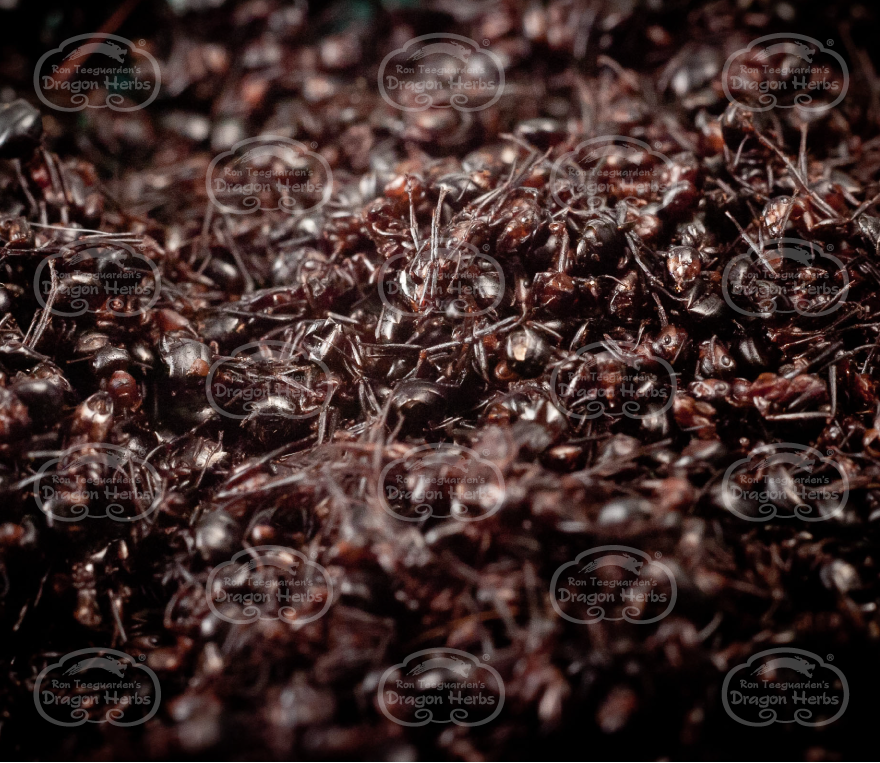 Traditional Function
Qi and Yin tonic, aphrodisiac*
Who can use it?
Anyone
Specifications
100 Capsules, 500mg each
Other Ingredients
Vegetarian capsules, Rice powder, Bamboo extract powder, Rice extract blend.
Dosage
Take 3 capsules, 2 times per day or as directed by a healthcare professional.

I first learned about Mountain Ant as a tonic supplement around 1994. I was in Hong Kong. As I was want-to-do every day I have ever spent in Hong Kong, I explored every herb shop that I came across (which, in Hong Kong, means almost every block). I discovered that there were at least a dozen popular products that were Ant-based. With names like “Every Young,” and “King Ant,” I was very attracted. From the first day I ever took an Ant elixir, I knew I had found something extraordinary. I bought them all, and read all the packing slips which told the story and science of Ant in some detail
(there was no internet quite yet).

Ant is a powerful energy tonic that I can really feel on both a short and medium-term basis (I don’t know about long-term because I take other great Qi tonics every day). That year, when Yanlin and I went on our first adventure to Changbai Mountain and to its Duanwood Reishi and Ginseng plantations, we found out that the ants used in the tonics are sourced from the Ginseng plantations of Changbai Mountain. The ants live symbiotically with the Ginseng.  I arranged to buy 25 kg - and just like that, I was in the Ant trade!

A number of years later, we learned that Ant could be extracted in the same way that herbs were extracted, making it in some ways much more potent. I wasn’t sure if I personally wanted to consume my Ant as a raw material or as an extract. I couldn’t decide which was better. So we made the Ant extract, which naturally yielded out at a 10:1 concentrate ratio, and combined it 50:50 with raw ground Ant. Ah, this product has no equal! ‘Tis perfection! Every day? Absolutely, a couple of capsules, sometimes more.

“Ginseng is the king of herbs, but Ant is the herb of kings”
– so it is said in Ginseng/Ant country.